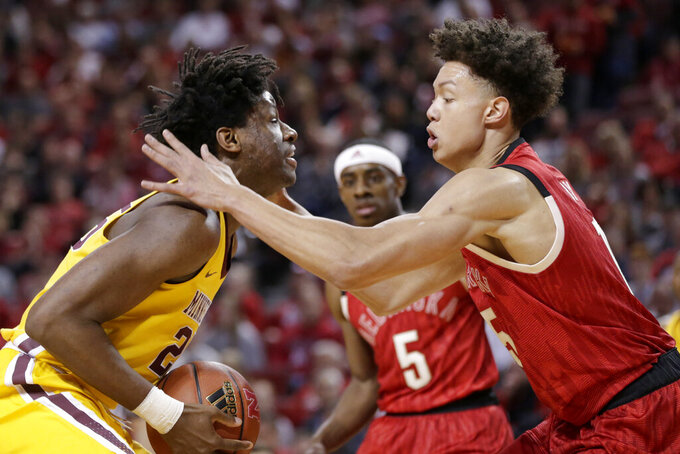 Minnesota's Dupree McBrayer had picked up a loose ball under the basket moments earlier, but he stepped out of bounds, giving Nebraska possession with 2.7 seconds left. Glynn Watson Jr. inbounded to Palmer, who was fouled by Amir Coffey as he went up to shoot.

Gophers coach Richard Pitino started to follow an official off the court, but the official waved him off and Pitino turned around.

Thomas Allen had his shot blocked by Oturu with time running down, and McBrayer grabbed the ball but turned it over when his foot touched the baseline.

Nebraska: Palmer's free throws won the game, but the resurgence of Watson is what helped put the Huskers in position to win. In the previous four games, Watson was 6 of 37 from the floor and 1 of 18 on 3-pointers with a total of 15 points.

This version corrects name of Minnesota coach to Richard Pitino.