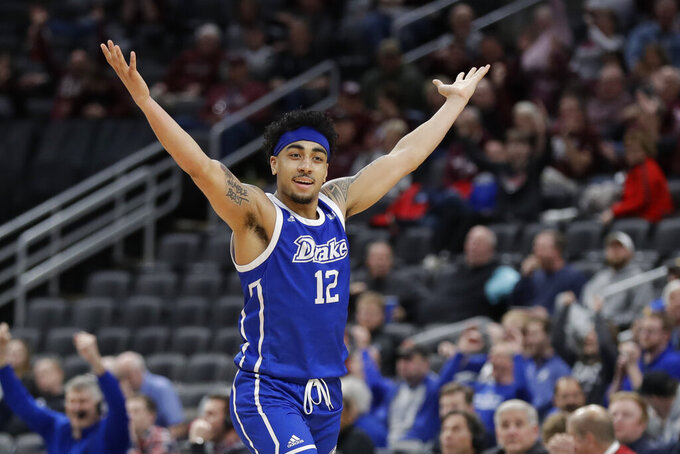 Drake's Roman Penn celebrates during the second half of an NCAA college basketball game against Northern Iowa in the quarterfinal round of the Missouri Valley Conference men's tournament Friday, March 6, 2020, in St. Louis. Drake upset Northern Iowa 77-56. (AP Photo/Jeff Roberson) 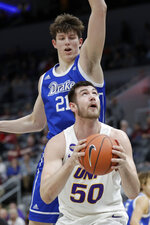 The Bulldogs shot 59% and led by as many as 16 before settling for a 43-33 halftime lead. The top-seeded Panthers battled back and three times Austin Phyfe pulled them within two, the last time at 50-48 with 12:36 to play.

Drake (20-13), which reached 20 wins in back-to-back seasons for the first time since 1971, faces fourth-seeded Bradley in the semifinals on Saturday.