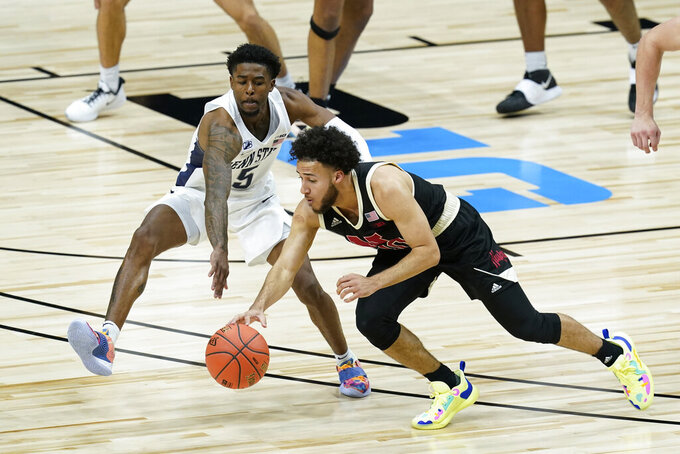 Nebraska's Kobe Webster is defended by Penn State's Jamari Wheeler (5) during the second half of an NCAA college basketball game at the Big Ten men's tournament Wednesday, March 10, 2021, in Indianapolis. (AP Photo/Darron Cummings) 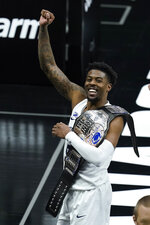 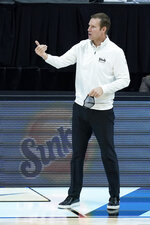 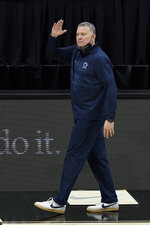 INDIANAPOLIS (AP) — Jamari Wheeler scored a career-high 19 points, and No. 11 seed Penn State pulled away inside the last four minutes to beat No. 14 seed Nebraska 72-66 on Wednesday night in the first round of the Big Ten Conference tournament.

Penn State (11-13) has won four of its last five games and plays sixth-seeded Wisconsin in the second round Thursday.

The teams split the regular-season series by a combined four points. The Nittany Lions are 3-0 against Nebraska in the conference tournament.