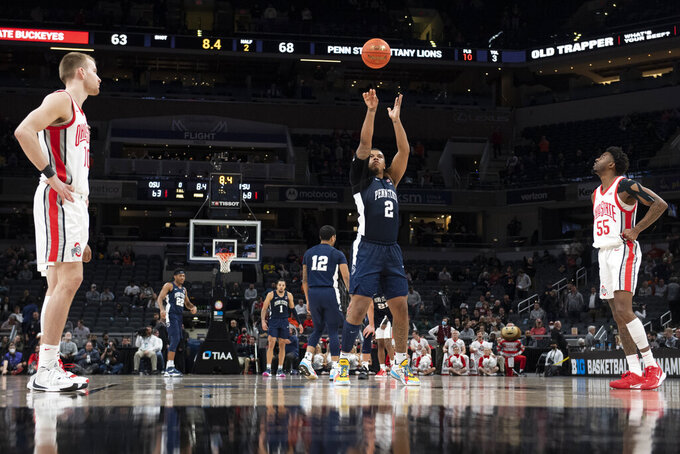 INDIANAPOLIS (AP) — Sam Sessoms scored 18 points and No. 11 seed Penn State rallied from an 11-point deficit in the second half to beat sixth-seeded Ohio State 71-68 on Thursday night in the second round of the Big Ten tournament.

The Nittany Lions ended a four-game skid against Ohio State and advanced to the quarterfinals for the first time since 2018, where they will face No. 3 seed and ninth-ranked Purdue.

Penn State (14-16) used a 14-3 run for their first lead of the game, 56-54, with about six minutes to play. Joey Brunk’s jumper for Ohio State tied it then Sessom's three-point play gave the Nittany Lions the lead for good.

It was a two-possession game inside the final minute until Jamari Wheeler hit a 3-pointer at the buzzer for Ohio State (19-11).