PG Tre Jones to return to Duke for sophomore season 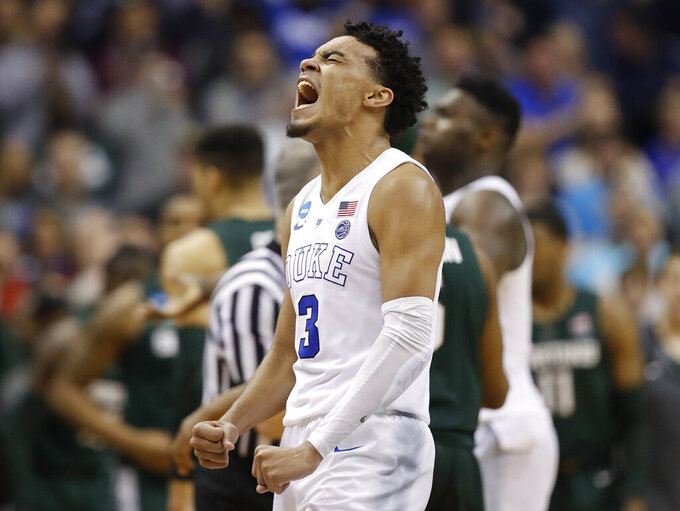 DURHAM, N.C. (AP) — Tre Jones is returning to Duke for his sophomore season.

The point guard announced his decision Monday via the school's social media accounts after hinting at the decision with social media posts of his own over the weekend.

Jones averaged 9.4 points and 5.3 assists per game while helping the Blue Devils reach the East Regional final of the NCAA Tournament. His assist-to-turnover ratio of 3.62 led the Atlantic Coast Conference, and he averaged 1.89 steals as one of the nation's top on-the-ball defenders.

The five-star recruit was considered a possible one-and-done candidate like older brother Tyus, who led the Blue Devils to their most recent national championship, in 2015.

His classmates — including AP player of the year Zion Williamson, RJ Barrett and Cam Reddish — have not yet announced their plans.