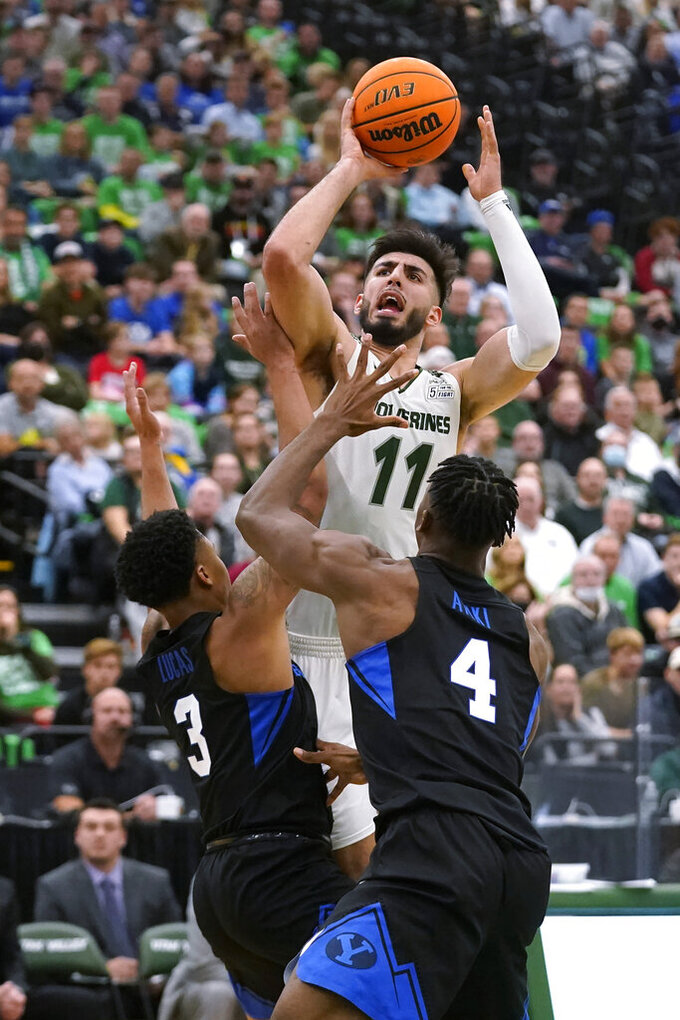 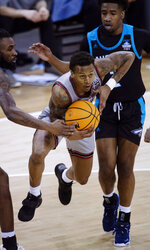 MARYVILLE, Mo. (AP) — There is growing fear among college basketball coaches at the lower levels of the sport, the vast majority of which do not make seven-figure salaries, fly around the country in private jets or hang out with rich and famous boosters and fans.

It's a fear that comes with success.

It only takes a couple of marquee players to compete for championships at the Division II or III level, the NAIA or even in low-major Division I leagues. But in an era of freedom of transfer an d name, image and likeness endorsement money, the reality is this: If your program is too good, there's a good chance those prolific players will be playing elsewhere next season, recruited to major programs that can offer them more exposure, opportunities and financial benefits.

When it happens, lower-level coaches who might be coming off a 20-win season could be left rebuilding their rosters and fighting for 10 wins and, potentially, their jobs.

“There's always been an opportunity to poach kids if you want to poach them, but it's all become easier now," said Joe Lombardi, the longtime coach of Division II powerhouse Indiana (Pa.). “I believe in karma. I'm not doing that, OK? But some places it has become a way of life. It's disappointing that people invest in kids and, you know, they get poached.

“They don't just go to the market,” Lombardi added. “Some do, but a lot of them are talked into it.”

His team reached the Final Four last season thanks largely to shooting guard Armoni Foster, who averaged 18 points for the Crimson Hawks, but who will be playing Division I ball for Buffalo this season. And while Lombardi encouraged him to seek a better opportunity for his final year of eligibility, the coach acknowledges that won't always be the case.

Especially when players no longer have to sit out a year under the NCAA's transfer rules.

“I've had guys that Division I schools made overtures about and I'm eventually going to lose someone, and it might not be amicable,” Lombardi said. "I might not be happy with the move. But if you're in it long enough, that will happen.”

It happened at Nova Southeastern, the top seed in the NCAA Tournament last year. Sekou Sylla, who averaged 22.4 points and 10.4 rebounds for the Division II program, will be playing for Towson at the Division I level this season.

And it happened at Hillsdale, another strong Division II program, where Patrick Cartier caught the attention of Colorado State. And at Bentley, which saw shooting guard Colton Lawrence follow up a strong season by leaving for Maryland-Baltimore County, a low-major program but nonetheless an opportunity for him to compete at the Division I level.

Even the bluest of the bluebloods have kept their eyes open for lower-level transfers.

Cam Martin, a bruising 6-foot-9 forward, was a two-time All-American for Missouri Southern who chose to continue his career elsewhere. He landed at Kansas, the defending Division I national champion, about a 3-hour drive from the Lions' campus in Joplin but light years away in terms of opportunity and experience.

Martin, who graduated from Missouri Southern and is pursuing his graduate degree at Kansas, went from starting every game and playing major minutes to being a key practice player but rarely seeing the floor in actual games.

“You have the good and bad stories that come of it,” acknowledged Dennis Gates, the new Missouri coach who brought three players with him when he was hired from Cleveland State. “But the rules give student-athletes an opportunity, no different than coaches have opportunities now, to represent a different program.”

Still, as TCU coach Jamie Dixon admitted, the fact that players no longer have to sit out has changed the dynamic.

“A kid having success at a lower conference than, say, the Big 12, was likely not to transfer and sit out because he's playing well," he said. "He's getting his minutes. Why would he want to sit out?”

When the NCAA removed that impediment, it became easier for players to move on — and move up. And when NIL legislation came along, allowing players to profit off their celebrity, it created a situation where high-major programs can effectively offer financial benefits unavailable at most lower-level programs.

Throw in the chance to compete at a higher level and it's hard for kids to turn their back on the opportunity.

Fardaws Aimaq remembers playing for Utah Valley in the WAC Tournament last spring, and five or six NBA scouts were sitting in a corner. Aimaq dominated the first half of the Wolverines' game, only to see the scouts get up and walk out, and he recalled thinking, “Why did they leave?” Aimaq texted his advisers afterward, and the answer was simple: “They wanted to know if I was really that good or the competition was not that good.”

Aimaq ended up transferring from the low-major school to Texas Tech in the hopes of raising his NBA draft profile this season.

“Leaving was hard,” he said, “but it was just the best decision for me business-wise.”

Just like it was for Malachi Smith, a prolific shooting guard who spent the last two seasons at Chattanooga but will play for Gonzaga this season, or Johni Broome, a 6-10 forward who transferred from Morehead State to Auburn.

Transfers go both ways, of course. Plenty of players leave high-majors for low-majors, or even lower divisions, where they might go from benchwarmer to starter. But they are typically easier for big-budget programs to replace.

It's tougher to accept at small schools, though, when a player who might have slipped through the recruiting cracks not only got an opportunity to play but was also developed over time — only to take their game somewhere else.

“There could be a great player at Division III. I will not make an overture for that kid. I will not do it,” said Lombardi, the Division II coach at Indiana (Pa.) “Maybe I would if I was 10-20 for three straight seasons — I might then. But I just don't think it's for the good of the kid or the good of athletics.”