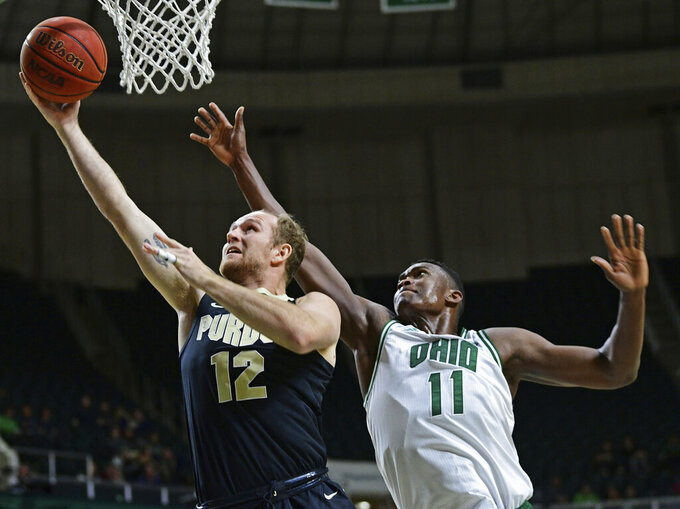 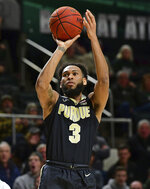 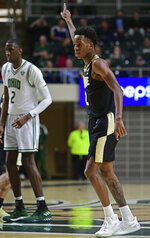 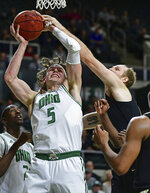 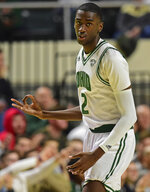 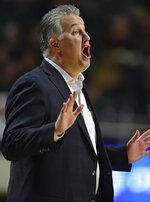 ATHENS, Ohio (AP) — With 7-foot-3 center Matt Haarms out with a concussion, Purdue had to switch things around and Nojel Eastern had to step up.

Eastern, a 6-foot-7 guard, moved to the forward position and started in Haarms' place, chipping in 11 points on 5-for-7 shooting from the floor — including a ferocious dunk late — as the Boilermakers beat Ohio 69-51 on Tuesday night.

Eric Hunter Jr. had 18 points on 4-for-5 shooting from 3-point range, and Trevion Williams added 14 as Purdue (7-4, 1-1 Big Ten) bounced back from a loss to Nebraska — its first in conference play — on Sunday.

“I'm a basketball player so I don't just handle myself in one position, being just a point guard,” Eastern said. “If coach needs me to play the 4 (position), the 3, the 2, I can do that, too. I can do the job pretty well. In this case, Matt got hurt, got a concussion, and somebody had to step and play the 4 (forward) spot, and I just had to come in with energy and just do what I had to do at that spot.”

The Boilermakers led by 20 at the half and then had to keep Ohio (7-4) at bay in the second half, pulling away again down the stretch. The Bobcats got within seven points with 11 minutes left in the game but couldn't chip away any more.

“They were just doing a good job of finding people, a couple were breakdowns by us,” Purdue coach Matt Painter said.

Jordan Dartis paced the Bobcats with 16 points. Purdue was able to hem-in Ohio's leading scorer Jason Preston, who finished with just six points. The sophomore still managed 10 rebounds and dished five assists without coming out of the game.

Purdue led 37-17 at the half on the strength of two 12-point runs and helped by 10 Ohio turnovers. The Bobcats didn't score — and didn't even get a good look — for the last 6:25 of the half. Hunter was 3 for 3 from beyond the 3-point arc before the intermission.

“It was 20-point game at halftime, and we kind of flipped roles in the second half,” Ohio coach Jeff Boals said. “And when you take care of the ball and make shots, the game’s a little different. I was proud of our guys’ effort in the second half.”

Purdue: The Boilermakers made it hard for Ohio to get many good looks in the first half and held off a surge to beat the Mid-American Conference team for the second straight December. They handled Ohio without Haarms, but it may get tougher to do against better teams.

Ohio: Expectations were low, but the Bobcats have started the season well. An impressive surge got them closer to what would have been a historic win, but in the end they were no match for a Big Ten team still smarting from losing a conference game last weekend.

Hunter said the Boilermakers were prepared to play without Haarms because they practiced with so many different on-court combinations in the summer. “We've got a lot of interchangeable spots, and I just think we were ready for a game like that where we didn't have Matt," he said. Painter said there was no update on Haarms' condition. He will be evaluated by doctors again on Wednesday.

The Boilermakers came into the game keying on Ohio's do-everything guard Preston, who was averaging 16.9 points per game. “He's the head of the snake, and if we cut the head of the snake off, that will happen and they'll have to find somewhere else to get their points, and get another creator,” Hunter said. “And they kind of did that a little bit in the second half, but obviously he was the main one so (the Ohio run) didn't last that long.”

Ohio's last win over a Big Ten team was in 2012 when the Bobcats upset Michigan in the second round of the NCAA Tournament.