Quinerly leads No. 24 Alabama to 74-72 win over Vanderbilt 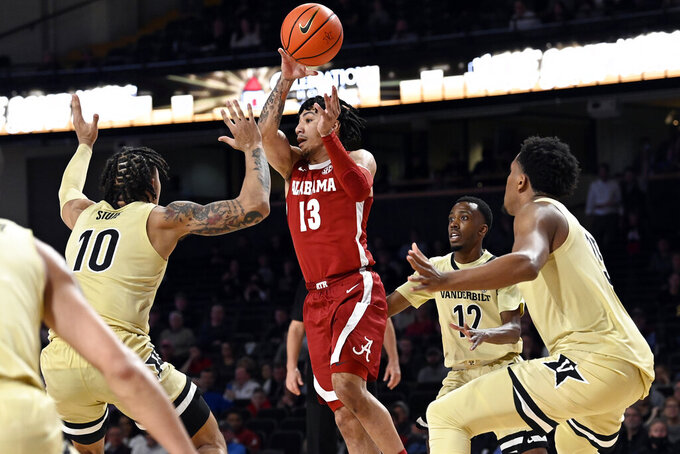 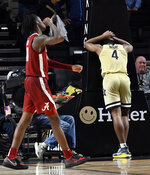 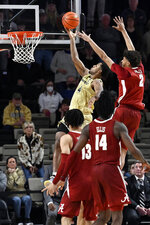 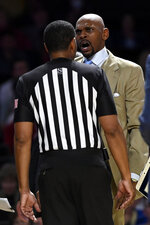 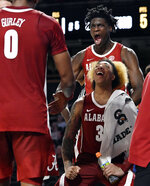 Quinerly responded, scoring 17 of his 19 points after halftime to help the 24th-ranked Crimson Tide rally from a nine-point deficit in the first half and hold off Vanderbilt 74-72 Tuesday night.

Oats said the team challenged Quinerly to be better on defense and play harder, knowing the Tide won't win big games without that.

Alabama (18-10, 8-7 Southeastern Conference) has won four of five, and the Crimson Tide had to shake off a cold-shooting first half in which they trailed 37-28 with 90 seconds left. They also had to hold on at the free-throw line late after missing seven of their final eight shots from the field.

Quinerly got the Tide going with his big second-half performance and hit two free throws with 28.4 seconds left for a 73-70 lead.

Vanderbilt coach Jerry Stackhouse noted Quinerly made some big shots, including some 3s a couple of feet beyond the 3-point line.

Scotty Pippen Jr., the SEC's leading scorer, made 10 of 12 at the foul line in the final 3:49 to help pull Vanderbilt to 71-70. But his second attempt missed with a chance to tie it with 46.1 seconds left. Vanderbilt also had a final opportunity to tie or win, but Jordan Wright's layup rolled over the rim with 4.8 seconds to go.

“They just played harder than us,” Pippen said.

Vanderbilt (14-13, 6-9) had its four-game winning streak at Memorial Gym snapped and has lost three of the last four — all to Top 25 teams.

Pippen finished with 26 points despite not scoring in the second half until a free throw with 3:49 left. Liam Robbins had 16 points.

Noah Gurley added 11 points for Alabama, and JD Davison and Keon Ellis each had 10.

Quinerly keyed an 11-3 run with a pair of 3-pointers, and Gurley’s three-point play with 12:53 left gave Alabama a 46-45 lead that was its first since 5-4 in the opening minutes. After Robbins' back-to-back jumpers pulled Vandy to 55-53, Quinerly hit a driving layup, a deep 3 and another layup for Alabama's biggest lead at 64-53.

Alabama: The Tide outrebounded Vanderbilt 41-37. Their big boost came at the free-throw line, even though Vandy made more trips. A team that normally shoots 72.1% at the line made 88% (22 of 25).

“Everybody wants to complain about Alabama free-throw shooting,” Oats said. “But shoot, we don’t win this game without every last free throw. We needed them tonight.”

Vanderbilt: The Commodores’ sticky defense paid off with a 32-18 scoring edge off turnovers, with 12 of Alabama's turnovers coming on steals. ... Vanderbilt went 27 of 36 at the foul line. Pippen was 14 for 18.

“We gave ourselves a chance to win the game,” Stackhouse said. “In the end, we need to execute a little bit better.”

The series has been very tight no matter the rankings or records. This was the 18th of the last 19 games decided by 10 or fewer points and 11th decided by five or less. Alabama has won 10 during that stretch.

Alabama has played one of the toughest schedules in the nation, with a 5-4 record against Top 25 teams.