Reeling Buckeyes look for answers with No. 4 Illinois ahead 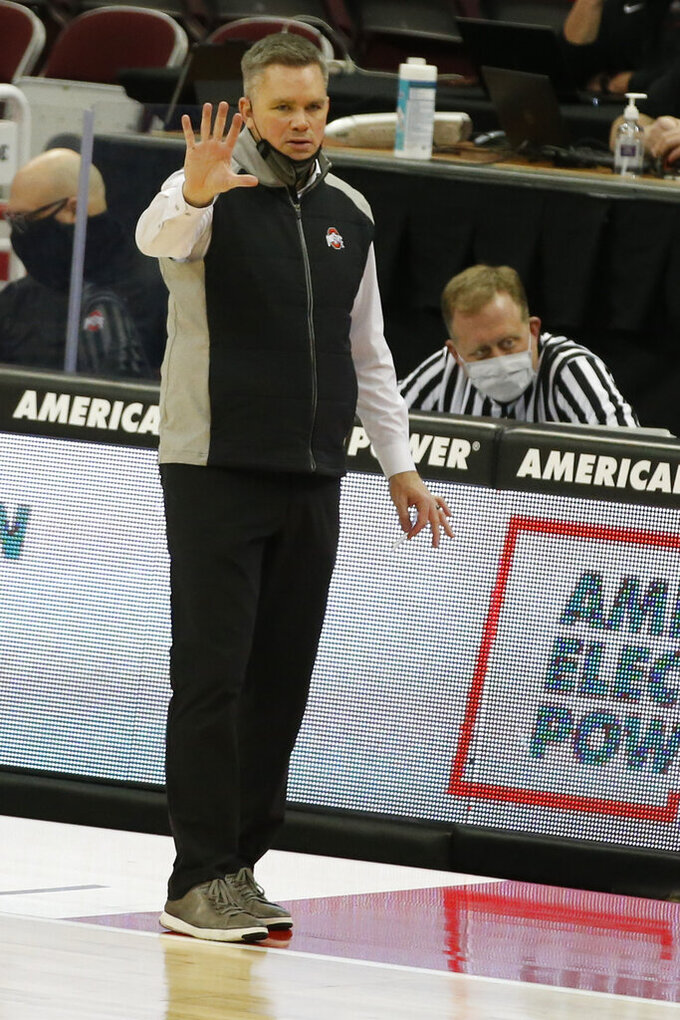 Ohio State head coach Chris Holtmann signals to his team against Iowa during the second half of an NCAA college basketball game Sunday, Feb. 28, 2021, in Columbus, Ohio. (AP Photo/Jay LaPrete) 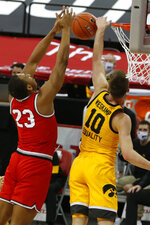 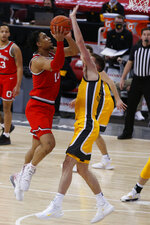 COLUMBUS, Ohio (AP) — No. 7 Ohio State is searching for answers to its perplexing February fade as No. 4 Illinois comes to town for the regular-season finale Saturday ahead of what promises to be an arduous Big Ten tournament.

Postseason success in college basketball is all about peaking in March, which is why the three-game losing streak to close out February was so alarming for coach Chris Holtmann and the Buckeyes.

Ohio State had won seven straight and got to No. 4 in the AP Top 25 before losing three games in eight days, two of them to Top 10 teams. The Buckeyes played well for stretches but couldn't finish any of them with momentum.

“We don’t think there’s necessarily too much wrong," forward Kyle Young said Thursday. "We just need to focus in more, continue to bring energy every day and continue to be good with our prep leading into these tournaments here.”

The Buckeyes (18-7, 12-7 Big Ten) will have a chance to right the ship Saturday against the Illini (19-6, 15-4), who are eyeing the conference title and a top seed in the NCAA Tournament. Playing without injured star Ayo Dosunmu, the Illini still buried No. 2 Michigan 76-53 on Tuesday night.

The Buckeyes' slide started Feb. 21 at home against Michigan. Wolverines 7-foot-2 freshman Hunter Dickinson was the difference in the 92-87 loss. Then they allowed a road game against unranked Michigan State to get away because they couldn't hit critical shots down the stretch.

Last Sunday, 6-11 star Luka Garza and Iowa pummeled the Buckeyes, who couldn't build on an early second-half run that briefly got them back in the game. Final score: 73-57.

“We clearly did not have the emotional juice coming in that we normally do,” Holtmann said.

The coach noted the “ridiculously hard” end of the regular-season schedule, with three Top 10 opponents, plus revitalized Michigan State, in the final four games.

“Certainly this is unlike any stretch I’ve been a part of,” he said. “What I’m hoping is that it gets us better, and it’ll be certainly a measure of our ability to handle disappointment and adversity and challenges.”

The Big Ten tournament, which starts Wednesday, will be closely watched, as it will feature six teams currently in the Top 25.

“Defensively we need to get better — making people miss, making it tougher for the other team just to give ourselves a little more breathing room on offense,” Walker said. “There’s a lot of little things that we need to pay attention to and just refocus on, and I feel like we’ll be fine. I don’t feel like there’s any major issues.”