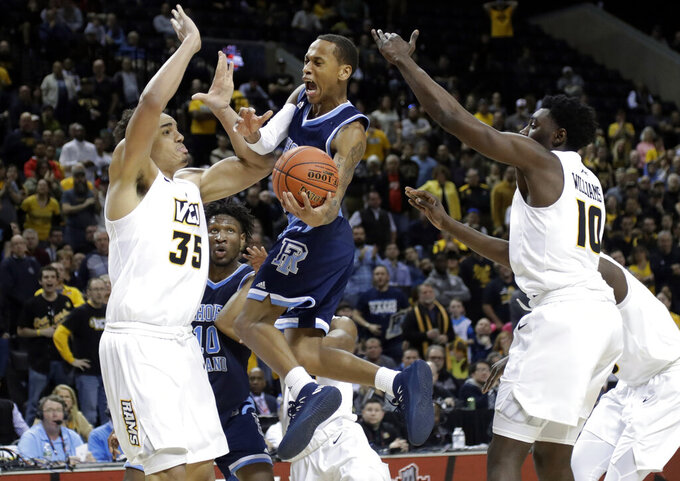 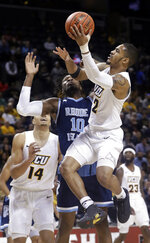 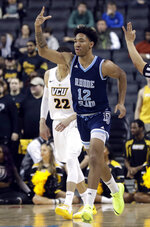 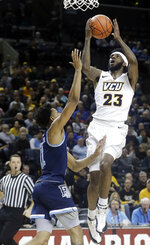 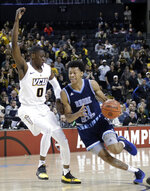 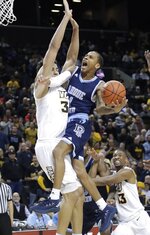 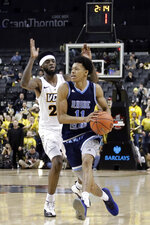 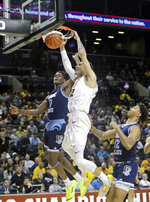 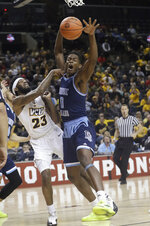 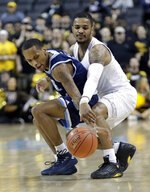 Tyrese Martin added 13 for Rhode Island (18-14). Dana Tate finished with 12, and Christion Thompson had 11, including two free throws in the final seconds to seal the win.

Rhode Island has eliminated VCU from the A-10 Tournament three years in a row.

The Rams, riding a six-game winning streak, meet fourth-seed St. Bonaventure in the semifinals on Saturday at Barclays Center.

After the game, Dowtin shouted at VCU fans and seemed to be getting into with VCU coaches as the teams shook hands. He was led away by teammates and Rhode Island staffers without things escalating. Dowtin said he responded emotionally after the game because he felt Rhode Island has been doubted all season. He said VCU has great fans, but they were on him and his teammates throughout the game.

"They were heckling us a lot to get us out of our game," Dowtin said.

Despite a 26-point, 22-rebound performance from Marcus Santos-Silva, VCU (25-7) became the second-straight regular-season champion to lose in the tournament. Last year, top-seeded Rhode Island lost in the championship game to Davidson. That helped the A-10 to get an extra team in the NCAA Tournament. That's likely to be the case again, with VCU seemingly a good bet for an at-large bid.

De'Riante Jenkins finished with 13 points for the Rams.

Of concern going forward for VCU is the status of guard Marcus Evans, who was lost for the game midway through the first half with a left knee injury. Evans, VCU's leading scorer with an average of 14.2 points per game, was bumped going in for a layup and landed hard on the court. He immediately began clutching his knee, and screamed.

Evans was helped off the court. He returned to the VCU bench during the first media timeout of the second half, with the aid of crutches.

VCU coach Mike Rhodes said Evans suffered a bone bruise and added, "They told me his knee is stable." Evans will be evaluated when VCU returns home to Richmond, Virginia, leaving his postseason status uncertain.

Against Rhode Island, VCU missed key opportunities for easy points late in the game, turning the ball over on a pair of two-on-one breaks and missing the front of a one-and-one at the free-throw line.

"Our leader goes down and we didn't sulk," Rhodes said. "We just didn't make enough plays down the stretch."

The third matchup of the season between the programs — they split the first two — was taut, as the largest lead either team had was eight points.

Down 73-70 in the final seconds, VCU had a chance to tie the game but Mike'L Simms missed a contested right side 3. On the ensuing possession, Thompson was fouled on the inbound and made both free throws.

"The last time we played them they almost literally wiped the floor with us," Cox said. "The guys responded. They wanted the opportunity to get back at VCU."