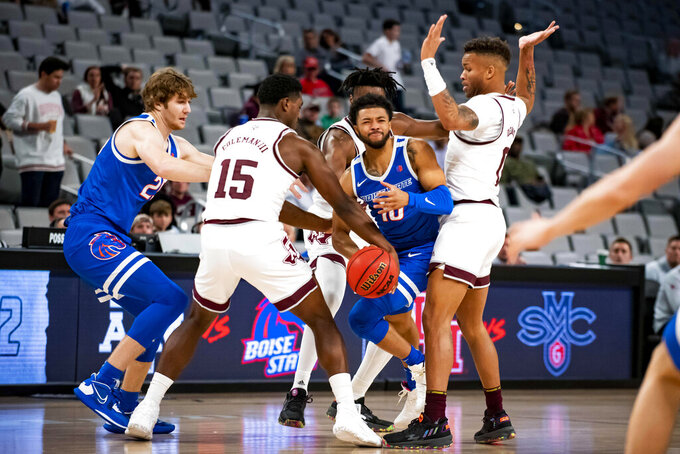 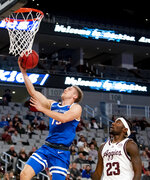 FORT WORTH, Texas (AP) — Max Rice scored a career-high 25 points, Marcus Shaver Jr. had 16 of his 20 points in the second half and Boise State beat Texas A&M 86-71 on Saturday night.

The Broncos (6-2) never trailed in the first meeting between the schools, which came in the Battleground 2k22 series at Dickies Arena in Fort Worth, about 175 miles from the Texas A&M campus.

Wade Taylor IV was one of five players in double figures for the Aggies with 16 points.

Boise State went ahead for good at 16-13 on freshman Sadraque NgaNga's 3-pointer in a fast-paced opening six minutes. It was NgaNga's only shot of the game.

Texas A&M (5-3) stayed within striking distance in the second half before a 7-1 Boise State run put the Broncos up 77-63 with 2:15 remaining. Rice scored the first five points in the run.

Texas Tech transfer Chibuzo Agbo had his first double-double of the season for Boise with 13 points and 11 rebounds.

Boise's Naje Smith scored 11 points and shared the team lead in assists at four with Shaver and Tyson Degenhart.