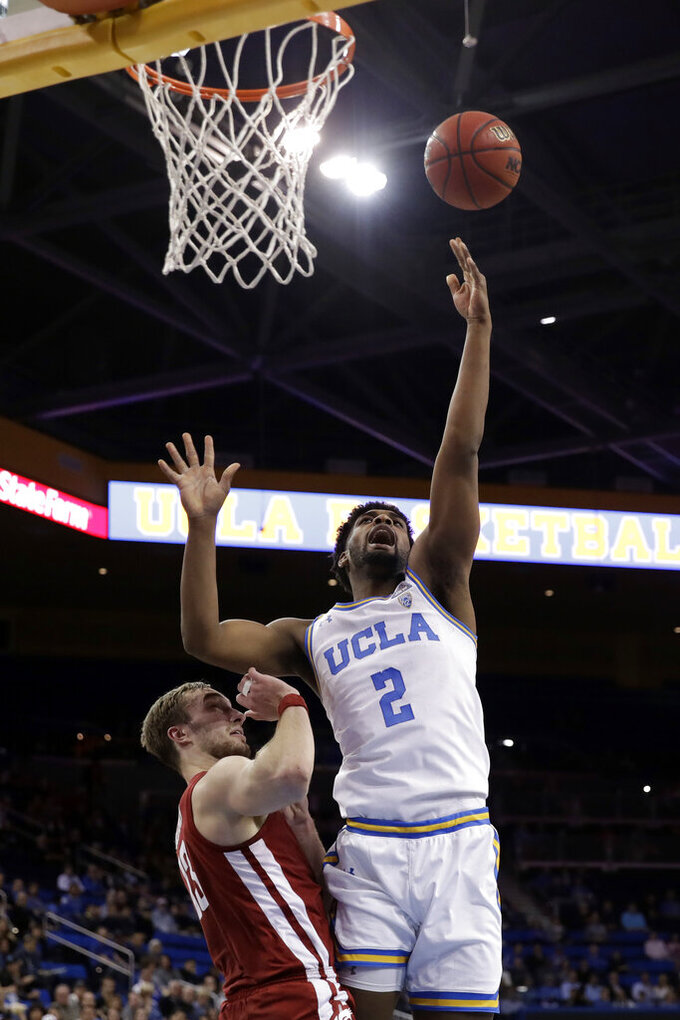 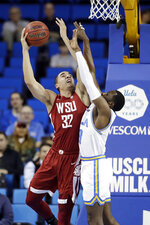 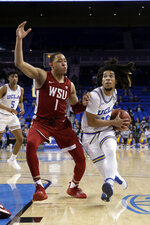 LOS ANGELES (AP) — Cody Riley got his first shot to fall in overtime, and that gave him the determination to get more.

Riley scored 11 of his 19 points in overtime to lead UCLA to a 86-83 win over Washington State on Thursday night.

Riley made the biggest shots when the Bruins needed him most. He scored five field goals in overtime, one more than he did in regulation after coming off the bench. He had a big block as well.

Riley scored on a putback and was fouled, and he converted the three-point play for his first points of overtime.

“Once I got the ball in the post and saw it go in, it gave me a lot of confidence and my teammates got me the ball in great position,” Riley said. “We just rebounded the ball aggressively and the ball went in. It was a good feeling.”

Chris Smith scored 23 points and Tyger Campbell added 14 points for UCLA (14-11, 7-5), which has won six of its last eight games. The Bruins can thank Riley for ensuring UCLA’s surge up the Pac-12 Conference rankings would continue.

“That’s the definition of beast mode,” UCLA coach Mick Cronin said of Riley’s performance. “He just did a great job. We’ve worked hard with him. I think he’s been a guy his whole life who has scored because of his size and now he has to score with techniques and fakes and balance. He did a great job of getting the second foot planted which gave him strength around the rim. The way he was going you could see he was on a mission.”

“I felt the team played pretty good, but we just have to take care of the ball down the stretch,” Pollard said. “We just have to do the little things. Overall, we had our chances down the trench but a couple of things didn’t go our way.”

Bonton suffered what appeared to be a leg injury late as he hobbled off the court with the help of teammates with 1:06 left in the game.

Smith tied the game with a jumper from the baseline with 17 seconds left in regulation, and Bonton missed a 3-pointer with 2 seconds left as the game went to overtime.

Then Riley got started.

There’s surely no other game in the Riley’s career in which he was so instrumental in the victory.

“I know I had a game where I had 20 points in one game but I don’t pay attention to that,” said Riley, a sophomore forward. “I’m just excited we got the win. It’s all about the teamme. It’s not aboume team. We got the win, and we’re trying to get on a streak. Win a lot of games and get in the (NCAA) Tournament.”

The teams went to overtime on Jan. 4 as well, with the Cougars winning 79-71.

It was close the rest of the way.

“We’ve had no moral victories,” Cougars coach Kyle Smith said. “We haven’t handled success well. It’s been tough for us to finish. We couldn’t keep Riley off the glass.”

Washington State: The Cougars are getting good play from their guards and a strong backcourt is necessary down the homestretch if the Cougars are going to move up the conference standings.

UCLA: The Bruins defense was its saving grace in the first half and its collective ability to block shots and make teams take forced shots was instrumental.

Chris Smith had 13 rebounds and seven came on the offensive end.

“We would’ve been down double digits by halftime if it wasn’t for the (performance on the) offensive glass,” Cronin said.

Washington State plays at USC on Saturday and will try to avenge its home court loss to the Trojans in January.

UCLA hosts Washington on Saturday and will go for the season sweep after a two-point win over the Huskies last month.