Rutgers returns to basketball poll for first time since 1979 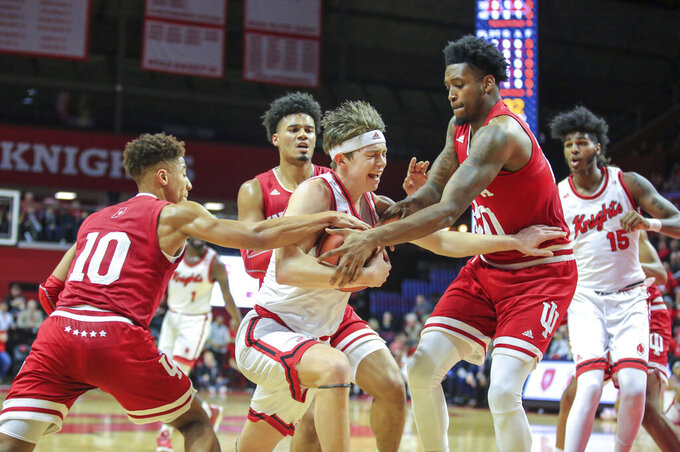 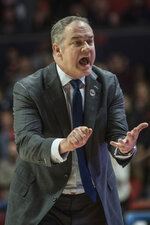 NEWARK, N.J. (AP) — Rutgers is back in the men's college basketball poll for the first time in more than 40 years.

The Scarlet Knights were ranked No. 24 by The Associated Press on Monday. It was their first time in the poll since they were No. 18 in the final rankings of the 1978-79 season.

This is Rutgers' fourth season under coach Steve Pikiell. The team's record of 14-4 is the university's best since the 1982-83 team opened 20-4. The Scarlet Knights are 5-2 in the Big Ten. Being three games over .500 in the conference is the best for the school since 1998-99, when it played in the Big East. The 13-0 record at home is the best start in school history.

“I’m proud of the progress we’ve made as a program and I’m really happy for the guys on our roster,” Pikiell said in a statement. “The ranking is a testament to the hard work and sacrifices our guys have put forth this year. We are enjoying this journey and we are excited to face the many challenges that lie ahead in the best conference in the country."

Rutgers' success comes despite the absence of a star player. The only ones averaging in double figures are sophomore swingman Ron Harper Jr. (11.8) and junior guard Geo Baker (10.8).

The Scarlet Knights, who have not made the NCAA Tournament since 1991 or the NIT since 2006, come at opponents in waves. Pikiell uses nine players. Only senior Shaq Carter and graduate transfer Akwasi Yeboah will not be back next year.

Rutgers uses an in-your-face style on both ends of the floor. It is holding opponents to a league-low 36.4% shooting, including 29.2% from 3-point range. It also is ranked second in rebounding, averaging 41.5.

The problem has been the road. Rutgers has lost four of five away games — at No. 11 Michigan State, No. 21 Illinois and Pittsburgh. St. Bonaventure knocked off Pikiell's team in Toronto.

The Hawkeyes are the Big Ten's No. 1 ranked offense, averaging 79.9 points in all games. The Scarlet Knights have the league's top defense, yielding 58.7 points.

Iowa is led by junior center Luka Garza, who was named the conference's player of the week Monday after averaging 30 points, 5.0 rebounds and 1.5 blocks in wins over Northwestern and then-No. 19 Michigan. He leads the league, averaging 22.9 points.

The Hawkeyes also had the freshman of the week in guard CJ Fredrick. He had 11 points at Northwestern and 21 points against Michigan.

The Scarlet Knights have come a long way since joining the Big Ten in the 2014-15. They went 3-33 in their first two seasons and avoided a winless regular season in the second year by winning their home finale against Minnesota.

Rutgers won three regular-season conference games in each of Pikiell's first two seasons, but won two conference tournament games in the second season. The win total in the league increased to seven last season, and this year all the work is paying off.

With Seton Hall at No. 10, the state of New Jersey has two teams ranked for the first time since the Pirates were joined by Princeton in the last poll of the 1990-91 season. The Scarlet Knights crushed the Pirates 68-48 on Dec. 14.