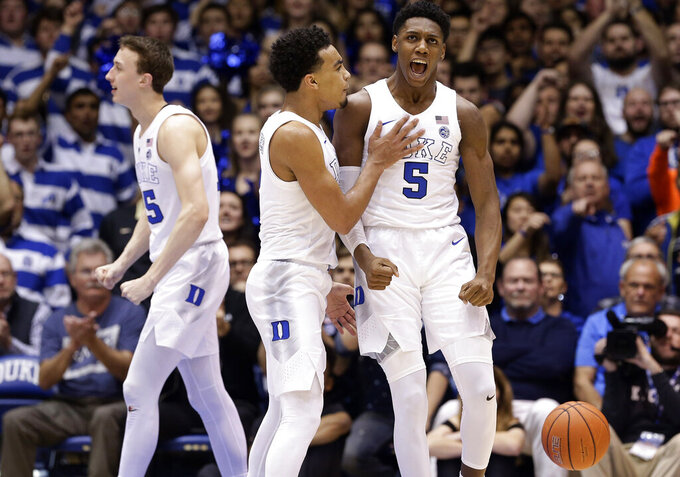 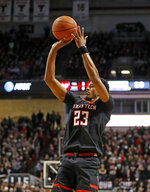 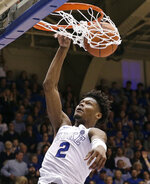 At Kansas' Allen Fieldhouse, only seniors, those who have endured the sweat and pressure of playing for one of college basketball's most prestigious programs for four years, can be honored on senior night.

Only then have they earned the right to take the microphone after their final home game and, with a spotlight shining only on them, address their adoring fanbase.

That also means an odd and sometimes uneasy night of festivities.

Take a few years ago, when one-and-done phenom Andrew Wiggins played his final home game. He got a standing ovation as he left the court for the last time, but the eventual No. 1 overall draft pick was reduced to a spectator like everyone else as seniors bid their farewells.

"I've seen where other schools, when guys are projected to leave, they make them part of their night, which is fine," Self explained. "But we've been a pretty tradition-rich program for a long time, and there are certain traditions that I think are worth keeping. And this is not a freshman night, it's not a sophomore night, it's not a junior night. It's a senior night."

Similar scenes unfold at college basketball programs across the country, whether they produce the once-in-a-while NBA prospect or churn out one-and-done stars like Duke and Kentucky.

Texas Tech coach Chris Beard knows full well that sophomore guard Jarrett Culver will be earning millions in the NBA in a few short months. But on senior night, Beard proudly stood for photographs with his five seniors, beaming like a proud papa at all they'd accomplished.

"That's one of the most rewarding things as a coach," said Beard, whose Red Raiders are poised to win at least share of the Big 12 title. "It's obviously about trying to win games and championships, but there is a more important side. Let's talk about the five guys, each one of them has their degree, three of them are working toward their graduate degrees. Just all unselfish guys."

None of them may be the big man on campus, but they represent that quaint, almost outdated notion of the "student-athlete," and Beard chooses to honor them that way.

The same scene unfolds each year at Michigan State, where Tom Izzo has a tradition dating back to Shawn Respert in 1995 of allowing the seniors to kiss midcourt. When players such as Miles Bridges head to the NBA early, sometimes they are invited back later to do the same.

Other coaches choose to celebrate their early NBA entrants.

Last season, Arizona cut down the nets after winning the Pac-12 regular-season title at its home finale against Cal. Wildcats coach Sean Miller dutifully acknowledged his seniors, but he also called the names of Deandre Ayton, Rawle Atkins and Alonzo Trier and gave each of them a big hug, even though none of them had yet to declare for the upcoming draft.

Miller said it was something he'd never done before, and it seemed to catch the crowd off guard.

Duke has had plenty of practice saying goodbye to one-and-dones — 14 of them the past eight years. But never has coach Mike Krzyzewski singled them out in their Cameron Indoor Stadium farewells.

All this season, though, the current batch of one-and-done candidates has treated talk of next year with a wink and nod. Zion Williamson called it "dope" to play on a hypothetical Knicks team with Kyrie Irving and Kevin Durant, and upon learning LeBron James and Stephen Curry were talking about him during All-Star weekend, said he's "hoping to be there competing against them next year."

Kentucky's John Calipari also takes an old-school approach to senior night, and his steady stream of one-and-dones has made such parties a rarity at Rupp Arena. One notable exception came in 2010, when Patrick Patterson left with a year of eligibility remaining but was on track to graduate.

Senior guard Jonny David and graduate transfer Reid Travis will be the only players honored Saturday, even though Kentucky freshman Keldon Johnson or sophomore P.J. Washington are likely off to the NBA.

North Carolina coach Roy Williams never spent much time considering the senior night conundrum, but he did underscore why it remains important for those who stick with a program.

"Michael Jordan one time said one of the biggest regrets he had was not giving his senior speech," Williams said. "So you have those thoughts. Whatever their drams and goals are, I'm OK with. The ones we are honoring, we know this is their last."