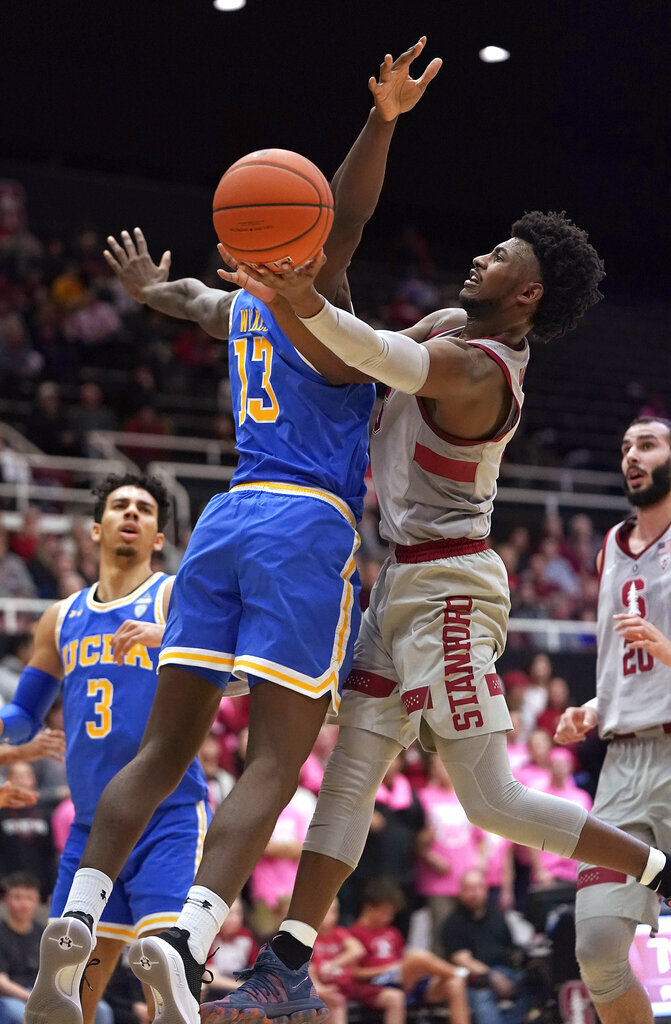 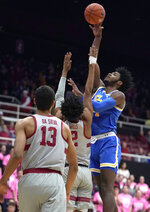 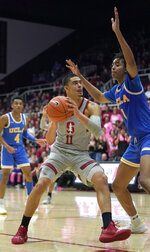 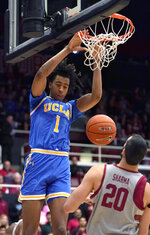 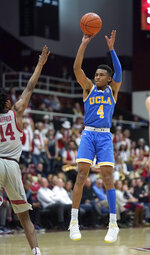 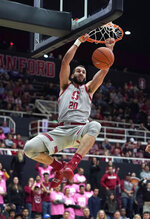 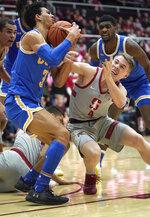 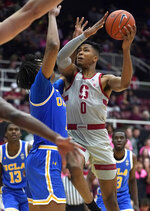 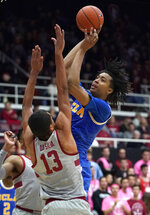 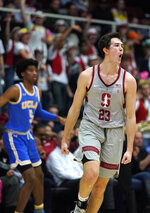 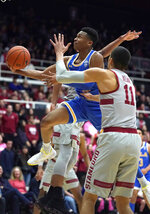 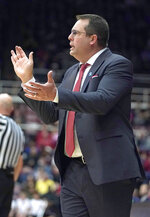 Daejon Davis finished with 12 points and 11 assists for Stanford.

Both backboards were replaced during halftime, causing a 35-minute delay before the start of the second half. One of the rims appeared shaky during the first half and then came loose.

The delay didn't bother the Cardinal, who came strong in the second half and built a 64-43 advantage in the first five minutes.

After trailing by 23 with 11:51 to play, the Bruins used full-court pressure and drew within nine seven minutes later.

UCLA raced to an 11-2 lead in the first five minutes of the game before Ryan hit his first 3-pointer, sparking a run that put the Cardinal ahead to stay.

Ryan was 4 of 5 from long range in the first half, leading Stanford to a 49-40 lead at the intermission.

UCLA's Hands has scored in double figures in 10 of his last 11 games. The sophomore, the Pac-12 leader in assists, reached 20-plus points for the second time in three games after not doing so in his first 23. ... The Bruins had won seven of their last nine games, including three straight, against Stanford.

Stanford has been playing with a lot of confidence lately and has beaten UCLA three straight at home. The Cardinal has the opportunity to acquire one of the four top seeds with games coming up against the Arizona and Washington schools. ... Sharma put together back-to-back games of double-digit scoring for just the second time this season. ... Davis recorded his first double-double of the season and the third of his career.