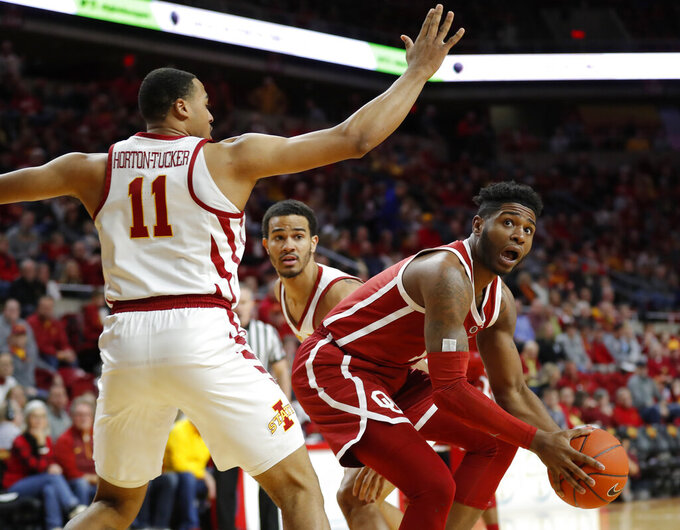 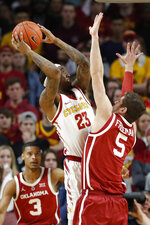 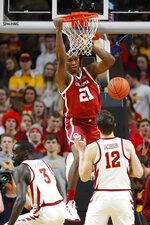 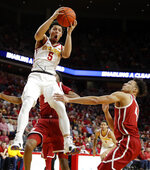 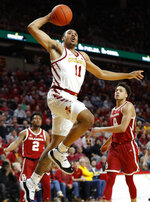 AMES, Iowa (AP) — After a pair of puzzling home losses, Iowa State finally looked as formidable as it usually does at Hilton Coliseum.

Iowa State knew it couldn't afford to drop another head scratcher at home, and after a sluggish start it overwhelmed the Sooners.

"I think we're doing a lot of really, really good things. But sometimes when you play a couple of bad home games, everyone wants to write the negative — and that's why you've got to block out the outside noise," Iowa State coach Steve Prohm said. "Your basketball character and your character has got to show up in the biggest moments. And this was a character game, and we responded."

The Cyclones hit seven of their first 10 shots to open the second half, and Nick Weiler-Babb's 3 with 11:34 left put Iowa State ahead 58-47. Tyrese Haliburton then pushed the lead to 14 on a corner 3, and Shayok's drive made it 63-47 Iowa State.

Shayok, who scored just four points after battling foul trouble in Saturday's loss to TCU, was 8 of 13 shooting. He also had six rebounds and five assists to cap a day when he said it finally dawned on him that his college career is coming to an end.

Shayok texted Prohm before the game letting him know he was prepared to do whatever it takes to win from here on out.

"I just wanted to make sure I have no regrets leaving Iowa State. I'm going to leave it all out there for sure," Shayok said.

"It was a good battle for a while," Oklahoma coach Lon Kruger said. "Iowa State is good. They played well, and we didn't make enough plays."

Iowa State: The Cyclones looked engaged on defense, and the 3s that didn't drop against the Horned Frogs over the weekend fell against the Sooners. The Cyclones were 11 of 23 from beyond the arc. "It's good to win. We needed this win," Prohm said.

Oklahoma: If the Sooners can handle their business against West Virginia this weekend and split against Kansas and K-State next week, they likely won't have to sweat out Selection Sunday.

Christian James and Jamuni McNeace each had 12 points for Oklahoma. ...Horton-Tucker added five assists and two steals, though he also had four turnovers. ...Doolittle and James combined to shoot just 10 of 32 from the floor. ...The Cyclones were 8 of 14 on 3s in the second half.

"It's good to get back on the good side of the column," Prohm said. A "really good second half. I thought we shared the ball. I thought we defended. We got out in transition and guys made plays."

Iowa State plays at Texas on Saturday. A win could vault the Cyclones back into the poll.