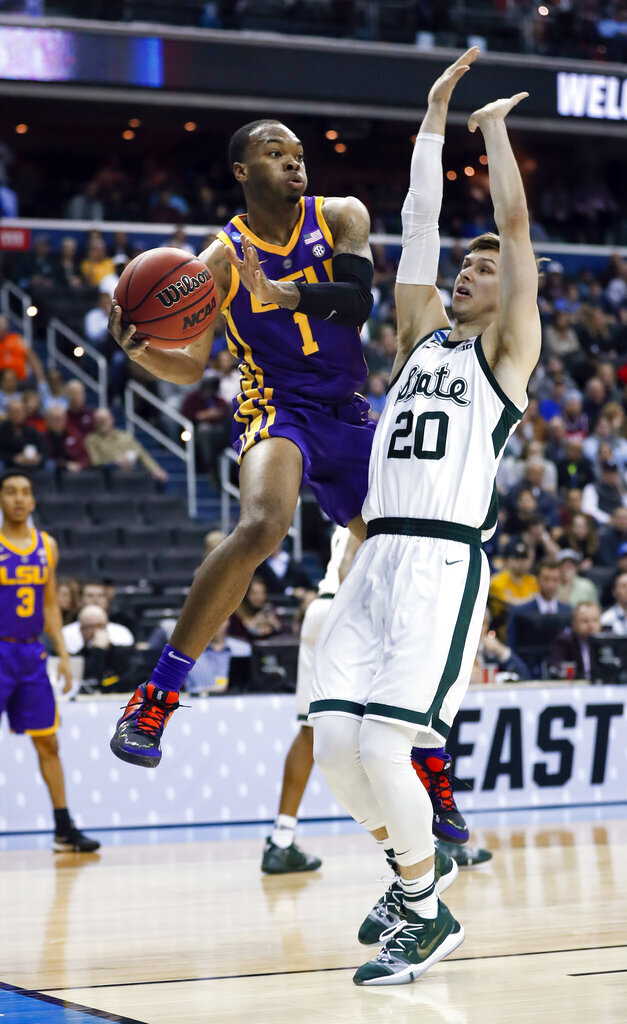 Smart was the player mentioned by now-suspended coach Will Wade in published transcripts of a leaked FBI wiretap in which Wade discussed an "offer" to a person affiliated with the player. Smart made his announcement Thursday in a social media post that LSU officials say is legitimate.

LSU barred Wade from coaching in both the SEC and NCAA tournaments after declining initially to meet with university administrators about whether he broke any NCAA recruiting rules. The coach's status remains unresolved. Smart was cleared to play in the postseason.