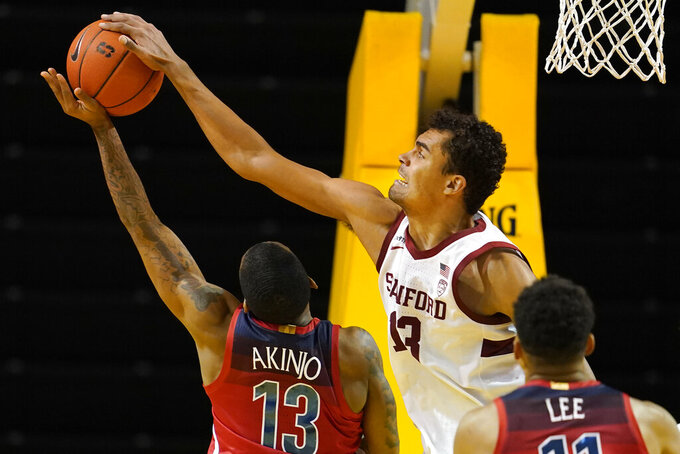 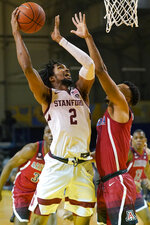 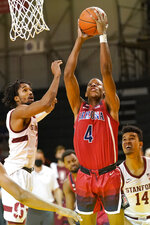 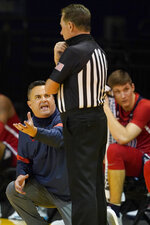 The Cardinal (4-2, 1-0 Pac-12) beat Arizona for the first time since Jan. 4, 2009, snapping the nation's fourth-longest active losing streak against a conference opponent.

Jemarl Baker Jr. sandwiched a pair of 3-pointers around a layup by Lee in an 8-0 spurt that gave Arizona its first lead of the game at 69-68 with 3:33 to play. After Da Silva answered with two free throws, Baker hit another 3. But Spencer Jones made two 3-pointers 37 seconds apart to make it 76-72 with 2:03 left and Stanford led the rest of the way.

The game was played at the home of the Golden State Warriors' G-League team, the Santa Cruz Warriors, due to health restrictions in Palo Alto with regard to the COVID-19 pandemic.

Stanford's Daejon Davis left with 9:30 left in the second half with an apparent left leg injury and did not return. He made 5 of 9 from the field and finished with 11 points and seven assists in 27 minutes.

Baker made his final 3 to pull Arizona within a point with 1:38 left. After the teams combined for three consecutive empty possessions, Stanford freshman Ziaire Williams took a charge with 6.5 seconds left and da Silva made two free throws to cap the scoring.

Williams made 3 of 5 from behind the arc and finished with 16 points.