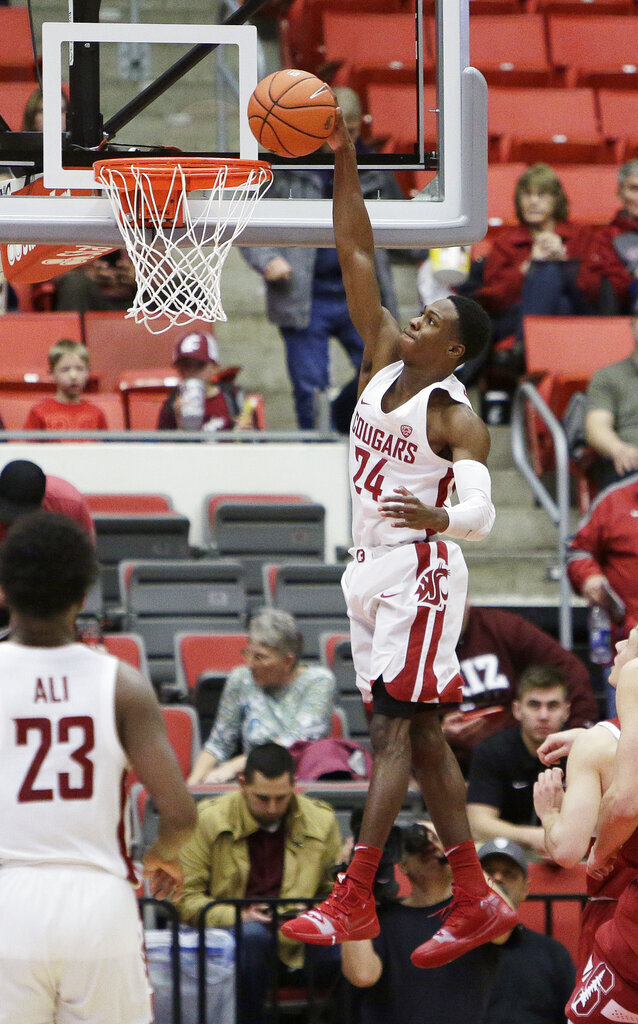 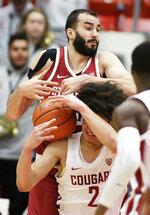 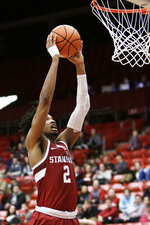 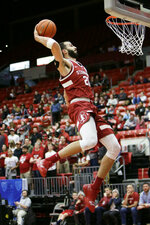 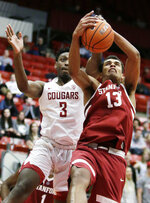 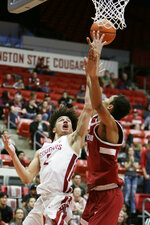 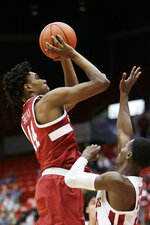 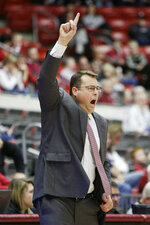 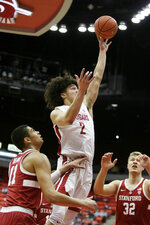 WSU cut the lead to 69-64 on Robert Franks' two free throws with 2:28 left but then knocked a potential defensive rebound out of bounds. Bryce Wills made an easy dunk on the next possession to extend the lead and Stanford (9-9, 2-4, Pac-12 Conference) scored six unanswered points in the final 55 seconds.

"I liked how we shot a good percentage and most of the shots were clean looks," said Stanford coach Jerod Haase. "I was really excited about that."

Leading scorer and star forward KZ Okpala for Stanford sat out the game because of back spasms.

CJ Elleby scored 18 points and nine rebounds for Washington State (8-10, 1-4) and Ahmed Ali finished with 14 points on 4-of-5 shooting from 3-point range.

After a 3 from Marvin Cannon and a couple of layups on the inside from Jeff Pollard, WSU would not score for 3:09.

The Cougars closed the first half with a 7-0 run that included back-to-back layups from Elleby and Ali's fourth 3-pointer of the half, but Stanford led 39-35 at the break.

Stanford started the second half on an 8-4 run, but WSU scored seven straight in 32 seconds to close to 47-46. A layup from Elleby followed by a steal and assist from Ali to Viont'e Daniels for a layup and a foul on the next possession brought the home crowd to its feet.

The Cardinal answered with three 3-pointers on a 9-2 run to extend the lead once again. Da Silva, Sheffield and Davis all had 3's during the run, making it 56-48 with 12 minutes left.

Stanford would not trail the rest of the way.

"On the road it is always difficult and being able to get a split is an important thing," Haase said. "We go back home for a couple games, so we will hopefully take some momentum and grow from this, but we are certainly excited about the win today."

Stanford: The Cardinal got a much-needed win against a terrible Cougar team after getting beaten up Thursday by the Washington Huskies in an 80-64 loss. The Cardinal look to right the ship with KZ Okpala leading them after a bad start to Pac-12 play.

Washington State: The Cougars continue to sink deeper as they lose another Pac-12 contest and are on the verge of bottom-dwelling the conference again this season.

Okpala for Stanford missed the game against WSU because of back spasms. Okpala is the leading scorer for Stanford at 17.9 points per game and a valued NBA prospect. Haase said Okpala needed some rest and is expected back soon in the Cardinal rotation.

WSU's leading scorer Robert Franks had a game to forget on Saturday, finishing with 12 points and six rebounds. Franks averages 22 points and eight rebounds per game for the Cougars.

"I thought Robo had a tough night. With this early start time, I didn't think his body bounced back well at all for what we needed out of him," coach Kent said.