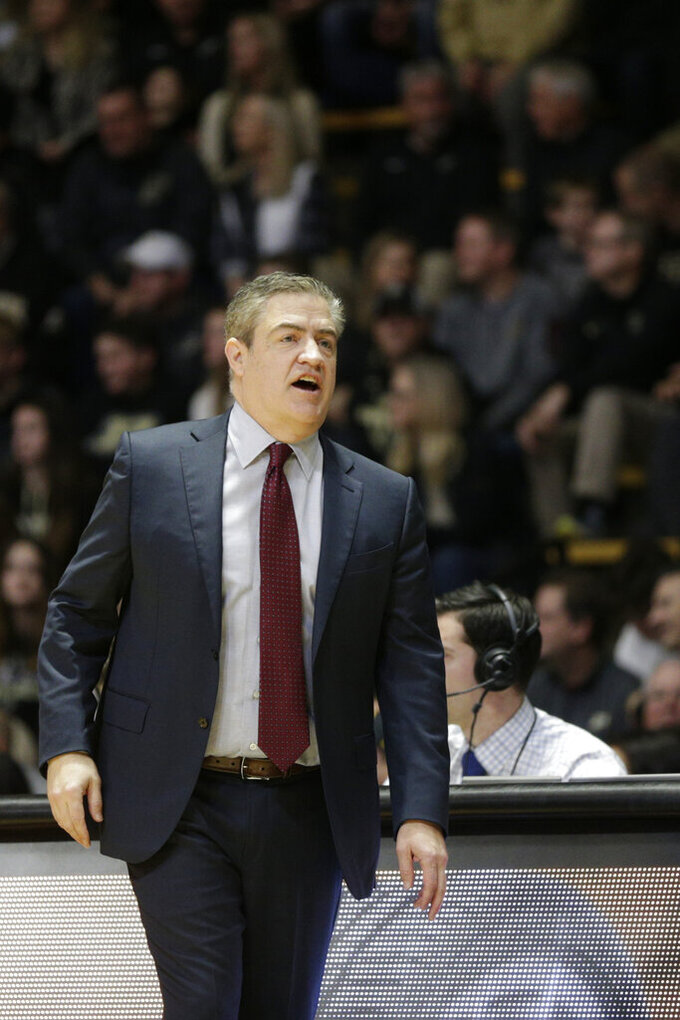 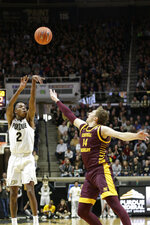 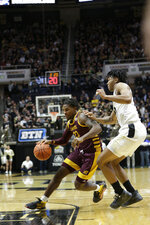 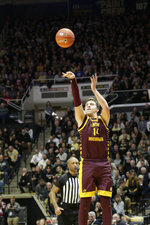 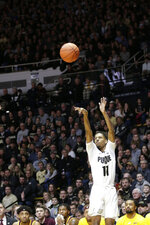 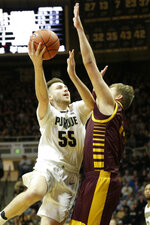 WEST LAFAYETTE, Ind. (AP) — Sasha Stefanovic set the tone early for a Purdue squad which had been lacking offensive firepower in recent games.

Stefanovic scored a career-high 23 points on 7-of-10 3-point shooting to help propel Purdue to a 97-62 romp over Central Michigan on Saturday.

Stefanovic, a sophomore guard, hit 8 of 13 shots and delivered five assists. He hit 6 of 7 3-pointers in the first half, including two 3s in the first three minutes.

“I tried to come out aggressive and be really confident in my shot,” said Stefanovic, who was a combined 3 of 14 on 3-pointers in the previous three games.

“Trevion (Williams) was making a lot of good passes and he draws so much attention, it made it a lot easier," he said.

“He’s had a couple games at home when he’s shot that way and we’ve had big wins,” Painter said.

It was the first time Purdue had topped 70 points since Nov. 23.

David DiLeo scored 12 points for the Chippewas (7-6). Rob Montgomery and Travon Broadway Jr. each had 10 points.

Purdue, which was shooting just under 42% entering the game, shot even better in the second half, finishing at 54%.

Central Michigan shot 38% overall and 14% on 3-point shots (3 of 22). The Chippewas committed 22 turnovers, seven more than the Boilermakers.

“I think we’re a pretty good defensive team and we’re able to turn people over,” Haarms said. “Our success in points off turnovers is a good sign.”

The 7-foot-3 Haarms returned to action after missing the previous two games with a concussion. Haarms hit the floor hard with about six minutes left in a loss to Nebraska. Haarms didn’t start but came in with 16:40 left in the opening half. Haarms had an immediate impact, scoring seven points in the next four minutes, delighting the crowd.

“I wouldn’t say I played awesome, there’s a lot of stuff I could do better at,” Haarms said. “I feels good to be back. I was tired after a minute of running, but I got to run myself back into shape.”

“It was a perfect game for Haarms to come back, play 11 minutes and get some confidence and hopefully he’s ready to go (against Minnesota),” Painter said.

Central Michigan: The Chippewas, who scored 134 points in a romp over Mississippi Valley State, were averaging 87.5 points entering the game. Kevin McKay, who was averaging a team-high 15.8 points, was limited to seven points.

Purdue: The Boilermakers, playing their final nonconference game, got a lift from returning home after a 20-day stint between home games, the longest stint in Coach Matt Painter’s 15 seasons. With a season high in points, Purdue topped its previous high of 93. “We have to be able to string together consistent play for a two to three week period,” Painter said. “We have to get more consistent shooting from our guards.”

Purdue freshman Isaiah Thompson scored 11 points on 4-of-7 shooting and grabbed three steals in 24-plus minutes.

“I like Thompson’s effort,” Painter said. “He came up and guarded the basketball and gave us 100% each time. He wasn’t casual. It’s hard for those young guys when they first start to know how hard they need to play. I thought he played a good all-around game.”