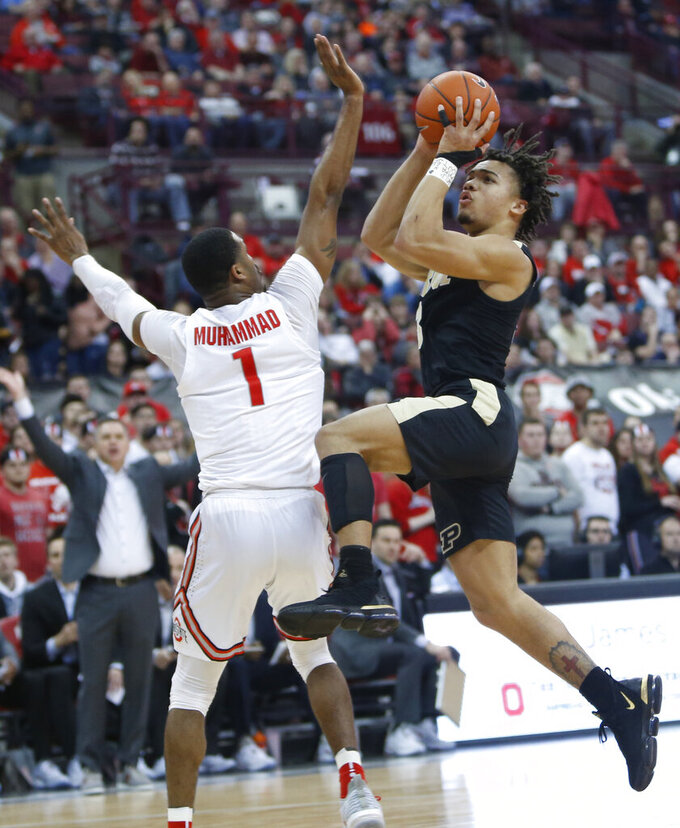 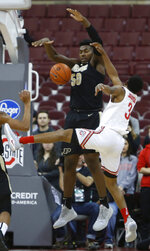 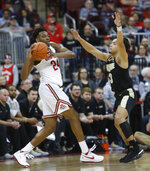 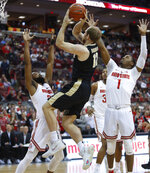 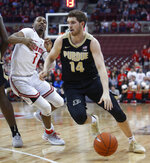 COLUMBUS, Ohio (AP) — Purdue and Ohio State are teams going in opposite directions as they get into the meat of the Big Ten schedule.

Streaking Purdue has won four in a row and seven of the last eight, with guard Carsen Edwards positioning himself among the nation's scoring leaders.

Ohio State has lost five straight — the longest losing streak for the school in two decades — and is searching for answers. An injury last week to key big man Kyle Young added to the hurt.

Edwards carried the load again for Purdue with 27 points on Wednesday night as the Boilermakers (13-6, 6-2 Big Ten) held off a late Ohio State rally, winning 79-67 on the road.

The Buckeyes (12-6, 2-5) surged back from a 10-point halftime deficit and got within two points with seven minutes left before Edwards knocked down a 3-pointer and the Boilermakers opened it back up.

"Last year you saw that a lot when we would just kind of grind some teams out, and I think today was one of the times we really did that," said Purdue center Matt Haarms, who had nine points. "They kept coming back we just kept blowing it open again."

Ohio State again got scant production from its top scorer, Kaleb Wesson, who got into foul trouble for the third straight game. Coach Chris Holtmann picked up a technical foul for his vehement protest after Wesson picked up this third foul late in the first half.

Wesson's older brother Andre had a career-high 22 points on 4-for-5 shooting from beyond the arc, and Musa Jallow had 12 for Ohio State.

Purdue started the game 1 for 8 from the field as Ohio State built a 17-8 lead. But the Buckeyes got sloppy, watching the Boilermakers go on a 22-1 run that included 3-pointers from Grady Eifert and Eric Hunter Jr. and pair of 3-point bombs from Ryan Cline.

"We should have (been up) anywhere from 15 to 18 at the half, instead we're at 10," Purdue coach Matt Painter said. "They shoot the ball well in the second half and make a lot of 3s and had a really good stretch. They made it a game."

The Buckeyes closed the score to 58-56 on a Jallow 3-pointer with seven minutes left but couldn't get any closer. A 3-pointer by Eifert with 1:01 left all but sealed it.

Purdue: The Boilermakers are rolling behind Edwards and a solid supporting cast. They'll try to take the hot streak into another matchup with No. 6 Michigan State this weekend. Purdue took a 77-59 pounding from the Spartans Jan. 8 but hasn't lost since.

Ohio State: That adversity that coach Chris Holtmann predicted in the preseason? This is what it looks like. They lost Young to a leg injury last week, which takes a scoring chunk out of the frontcourt.

"It's certainly been the hardest stretch of my coaching career, but I believe in our guys," Holtmann said.

Purdue was successful in putting Kaleb Wesson in early foul trouble. He was forced to sit out most of the second half with four fouls. He re-entered with 5:33 left in the game and lasted 50 seconds before fouling out, finishing with just six points.

"Kaleb Wesson is a really good player, and we were just trying to double him whenever he got the basketball," Painter said. "And we knew if we didn't get a good, quick double (team), he was a good passer also. We just wanted to try to get him out of rhythm and not let him get going. We were fortunate he got a couple tough calls."

"Anytime you lose five straight it definitely sucks. This one hurts, but we don't stop playing." — Andre Wesson

Ohio State: At Nebraska on Saturday.

By Dave Skretta an hour ago
By Hank Kurz Jr. 3 hrs ago
14 hrs ago
By Anthony Anderson 15 hrs ago
By Michael Marot 15 hrs ago