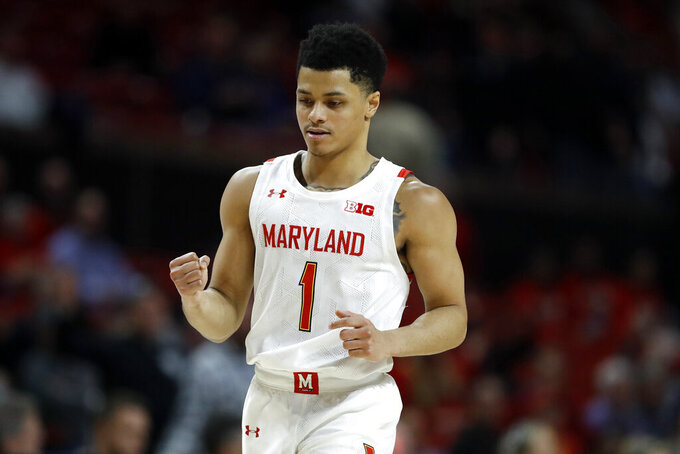 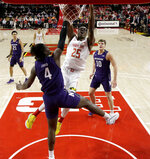 Instead, he rattled off five items of concern for the surging Terrapins — one for each of the remaining teams on the schedule.

“We’re not going to get caught up in ourselves, because we’re at Ohio State, we’re at Minnesota, Michigan State at home, at Rutgers and Michigan (at home)," Turgeon explained. “So, we got to lock in, get better and do the best we can. But it’s nice to be on top right now.”

Nice, and more than just a little surprising, given that Maryland was 3-3 in the league on Jan. 14 following successive defeats at Iowa and Wisconsin. The Terps (22-4, 12-3) have since rattled off nine straight wins to climb 10 notches in the rankings and take a two-game lead in the conference.

Beyond the nine successive double-doubles by sophomore Jalen Smith and the sharp shooting of senior guard Anthony Cowan, the reason for the turnaround isn't all that complicated.

Maryland is averaging fewer than 10 turnovers during its winning streak, overcoming an uncharacteristic 17 against Nebraska.

Prior to the nine-game run, the Terrapins were winless on the road. They've since rattled off victories at Northwestern, Indiana, Illinois and Michigan State. Against the Hoosiers, Maryland scored the final seven points to win 77-76, and last weekend a 14-0 game-ending run produced a 67-60 victory against the Spartans.

“We just don't get rattled too often," said Cowan, who had 11 points during the frantic final three minutes at Michigan State.

Following that emotional victory, the Terps improved to 15-0 at home with a methodical 76-67 win over Northwestern on Tuesday night.

“We're just clicking on all cylinders right now. Everybody has so much tremendous confidence," said Smith, who had 22 points and 19 rebounds against the Wildcats. “The coaches are always by our sides, boosting our confidence even more. Everybody's just playing their role and we're winning games right now.”

The Terps committed only five turnovers against Northwestern, had assists on 17 of their 25 baskets and finished with a 41-33 rebounding advantage.

“Obviously, Maryland's a terrific team, has a chance to be the league champions in a league, this year, that's as good as I've ever seen, top to bottom," Northwestern coach Chris Collins said.

Since joining the Big Ten in 2014, the Terrapins have never finished higher than second place. They're looking for something better this time around, and when they get to the NCAA Tournament, Turgeon hopes to see a team that's superior to the current edition.

“We’re still evolving," he insisted. “There’s still a big step and we can get a lot better before the year is over. “

The process continues Sunday at No. 25 Ohio State. Maryland beat the then-No. 11 Buckeyes handily on Jan. 7, but Ohio State is 13-2 at home.

With three of the next four games on the road, Maryland knows a two-game lead with five to play is not a sure thing.