Tennessee holds off Colgate to advance to NCAA second round 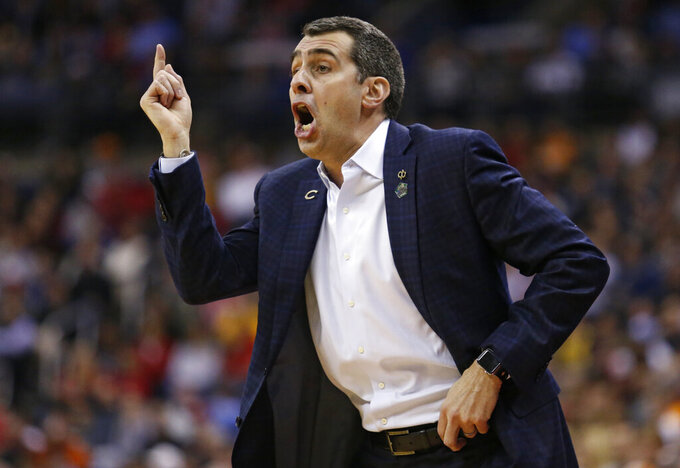 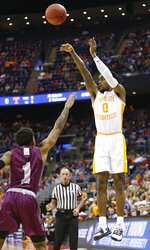 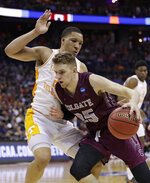 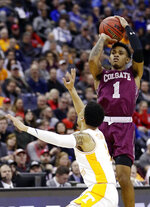 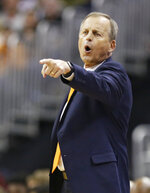 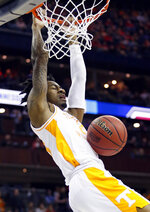 COLUMBUS, Ohio (AP) — Tennessee didn't let an underdog fight back again and pull off a shocker in the NCAA Tournament.

Last year the Volunteers advanced to the second round as a No. 3 seed and were stunned when 11th-seeded Loyola of Chicago hit a jump shot with 3.6 seconds left for a 63-62 win that sent the Ramblers and Sister Jean to the Sweet 16.

This time No. 2 seed Tennessee let No. 15 seed Colgate overcome a 14-point lead to tie the game midway through the second half and keep it close until the Vols pulled away late for a 77-70 win in the opening round Friday.

"I told the guys last night, don't expect it to be easy," Tennessee coach Rick Barnes said. "Even if we get up, which we did. And they fought back. (There) were really some uncharacteristic things that we did with our body language and things that we haven't done all year. And that's where I know that there was some anxiety with our guys."

Admiral Schofield had 19 points for Tennessee (30-5), which advances to play Iowa — winner of a first-round game over Cincinnati — on Sunday.

"We know we've been in tougher positions earlier this year," Bone said. "So the key thing is just never get rattled, understand how hard we worked to get to this point, so there's no reason to get rattled."

Leading 67-64 with 45 seconds left, Schofield hit back-to-back 3-pointers to give Tennessee a cushion, and Bone and Schofield followed with a pair of foul shots each to extend the lead as Colgate ran out of time.

DID YOU SEE THAT?

Eye trouble put Colgate star Rapolas Ivanauskas on the bench for much of the game. It was a sizable loss.

"He woke up with a bout of pink eye this morning," Colgate coach Matt Langel said.

Ivanauskas was unable to wear contact lenses. TV cameras captured him trying to wear glasses at one point and then taking them off. He played 15:46 and missed all four shots he took.

The Raiders (24-11) erased Tennessee's 42-30 halftime lead with a barrage of 3-pointers and an 11-2 run. Five different Colgate players hit 3-pointers in that stretch.

"The second half, we were getting those rebounds that we were missing the first half and we were making shots," Colgate forward Will Rayman said. "We were swinging the ball. We were playing team basketball like we have for the past 11 games."

Tennessee: With an advantage in size and speed — especially with Colgate's Ivanauskas out of the game — the Vols looked as if they might cruise, but the 3-pointers hurt them. It was just the third time this season that Tennessee's Grant Williams was held to 10 points or less.

"I did think we were good defensively," Barnes said. "And I don't want to take anything away from Colgate because I thought those guys played their hearts out. But to get through this tournament you're going to have games like this."

Colgate: The Patriot League champions lose in their first tournament appearance since 1996 and third time overall. Colgate, with about 3,000 students in Hamilton, New York, still is seeking its first tournament win.

The win gives Tennessee 30 wins for the second time in program history. It also gives Barnes NCAA Tournament wins with three different programs (also Clemson and Texas). The Vols spent the entire year ranked in the top 10 of the AP Top 25 for the first time ever.

Tennessee moves on the second round to play Iowa on Sunday.