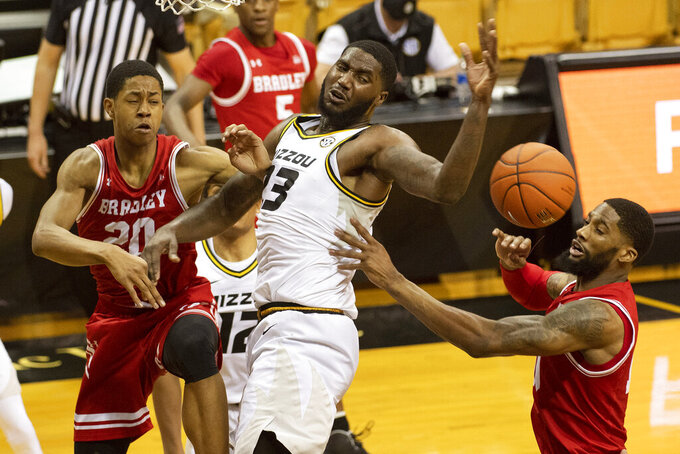 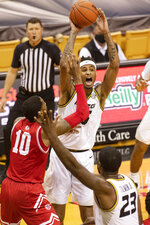 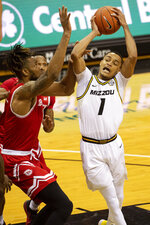 Down eight with under four minutes to go, Missouri (6-0) closed on a 6-0 run in the final 1:33 to spoil Bradley's upset bid in dramatic fashion.

On the Tigers’ final possession, Xavier Pinson found Tilmon in the post on the left block. With time ticking down, Tilmon power-dribbled to the basket and forced a foul from Elijah Childs, finishing through the contact and earning a trip to the free throw line with a chance to win the game.

Tilmon sank the foul shot, and Mitchell Smith swatted away two inbounds passes by the Braves (6-3) to clinch it.

“They’re a team that grinds you,” Missouri coach Cuonzo Martin said about Bradley, the two-time defending Missouri Valley Conference Tournament champion. “They’re going to grind it out, so we just had to settle in and play sound defense without fouling. And we did enough to win the basketball game.”

The decisive bucket capped a strong second half for Tilmon. The big man from East St. Louis, Illinois, finished with 12 points and 10 rebounds after having just one point and three rebounds at halftime.

“I wasn’t playing as hard as I was supposed to be playing,” Tilmon said. “That was up on me to just step up and just grind harder and just play harder so we can get the dub.”

Pinson paced the Tigers with 15 points.

Bradley was much better in the second half, going 15 for 27 from the field. Childs converted a three-point play and Ville Tahvanainen followed with a 3 to give the Braves a 50-42 lead with 3:44 to go. Tahvanainen’s deep ball was one of just two the Braves hit all night.

Missouri fought back, cutting the margin to two with 48.4 seconds left on two free throws by Mark Smith. After a defensive stop, the Tigers ran some clock before Mark Smith missed a contested 3-pointer. Bradley’s Jayson Kent missed the front end of a 1-and-1 after being fouled by Javon Pickett, setting up Tilmon’s game-winning play.

“I was just telling myself to calm down,” Tilmon said of his go-ahead free throw. “I was still a little hyped from making the basket. ... I was just thinking, ‘Routine, routine, routine.’ That’s what (assistant) coach (Chris) Hollender says to me every time I shoot the ball.”

Childs had 13 points, 10 rebounds and three blocks for Bradley. Kent scored 11 off the bench.

Bradley: The Braves were seconds away from breaking a 20-game losing streak against ranked teams that dates to a win over No. 18 Northern Iowa in 2010 — along with a skid against top-15 nonconference foes on the road that stretches to 1956. It was the second time this season Bradley came up just short against an opponent that is currently undefeated and in the Top 25. The Braves lost 51-50 on Nov. 26 at Xavier, which is now ranked No. 22.

Missouri: Martin is off to his best start as a coach since opening 10-0 with Missouri State in 2010.

Missouri finished 16 for 63 from the field (25%), its worst shooting performance of the season. The 3-for-21 clip (14%) from 3-point territory was the Tigers' second-worst mark under Martin.

Missouri: Opens its SEC slate against No. 8 Tennessee at home on Dec. 30.