Tip Ins: Howard, Stackhouse among the new coaches to watch 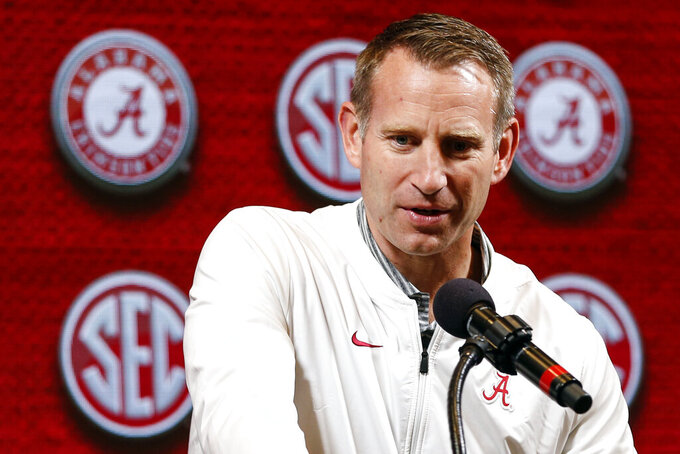 About a quarter-century ago, Juwan Howard and Jerry Stackhouse were two of the biggest names in college basketball. Now, they're trying to succeed as coaches.

Howard took over his former team when he replaced John Beilein at Michigan, and Stackhouse was hired to be the new coach at Vanderbilt. Both of them starred as players in the early-to-mid 1990s and went on to lengthy NBA careers.

Howard is remembered fondly at Michigan for reaching two Final Fours with the Wolverines as part of the Fab Five, but he has big shoes to fill after the program finally reached those heights again under Beilein. Stackhouse led North Carolina to a Final Four in 1995. He isn't back with the Tar Heels — that job is rarely open — but Vanderbilt is hoping he can turn things around after the Commodores went 9-23 last season.

Howard and Stackhouse will be two of the most scrutinized new coaches this coming season, but several other programs are also under new leadership.

Mick Cronin takes over the Bruins after a consistent, solid run at Cincinnati. UCLA hasn't been a national power of late, and Steve Alford was fired in the middle of last season. Alford is now the coach at Nevada. UCLA lost its top three scorers, but seniors Prince Ali and Alex Olesinski return. Cincinnati, meanwhile, hired John Brannen to replace Cronin. Brannen reached the NCAA Tournament twice in the last three years at Northern Kentucky.

This is a program with an impressive arena and passionate fans, but it has struggled to stay relevant since Nolan Richardson's exit. Arkansas fired Mike Anderson, who ended up going to St. John's. The Razorbacks are now led by former Nevada coach Eric Musselman. Arkansas has to replace scoring and rebounding leader Daniel Gafford, who left for the NBA. Musselman says the Razorbacks will share the ball and shoot a lot of 3-pointers.

Elsewhere in the Southeastern Conference, Alabama landed former Buffalo coach Nate Oats. The Crimson Tide made the NCAA Tournament just twice since 2006, whereas Buffalo made it three times in the last four seasons under Oats. Buffalo went 32-4 last season. The Bulls promoted Jim Whitesell, Oats' top assistant, to take over that program.

The Hokies have made the NCAA Tournament three straight years and nearly knocked off Duke in the Sweet 16 this past season, but they lost coach Buzz Williams to Texas A&M. Virginia Tech quickly hired Mike Young, who spent 17 seasons as Wofford's coach and finished third in the AP coach of the year vote in 2019. The Terriers beat Seton Hall in the first round of last season's NCAA Tournament. Wofford promoted associate head coach Jay McAuley to take over Young's job.

It was the end of an era when Saint Joseph's fired longtime coach Phil Martelli. He's now on Howard's staff at Michigan. The Hawks will now be coached by former Philadelphia 76ers assistant Billy Lange. There's another big change in the Big 5 as well: Temple's Aaron McKie takes over for Fran Dunphy. McKie is another former player back at his school as a coach: His Owls were eliminated from the NCAA Tournament by Howard's Michigan team in 1992 and 1993.

Rick Byrd retired after 805 victories and eight NCAA Tournament berths, and Belmont hired Casey Alexander to replace him. He was an assistant for Byrd for 16 years before spending time as the head coach at Stetson and Lipscomb. Alexander is also a former Belmont player.