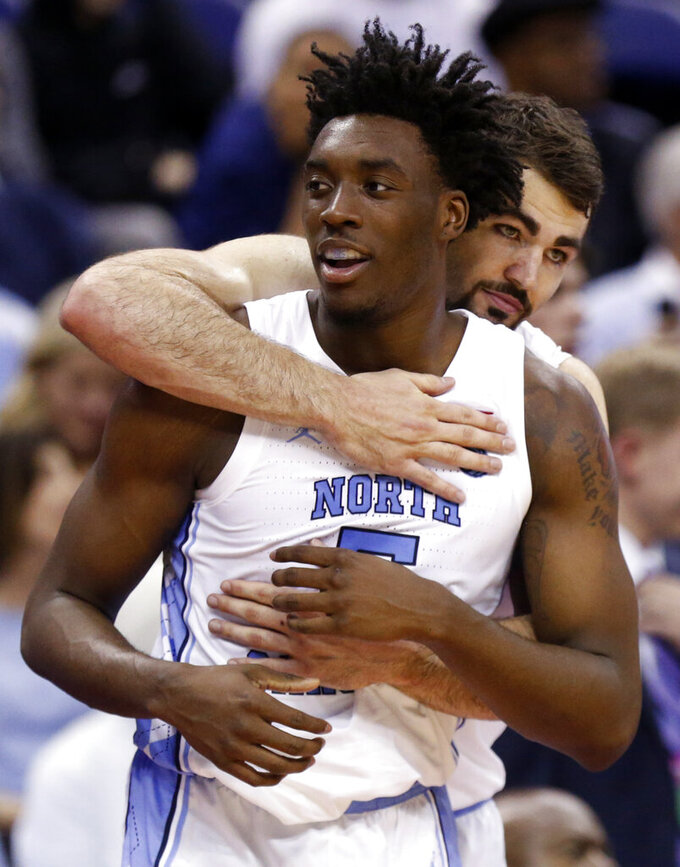 North Carolina's Luke Maye, back, and Nassir Little hug in the final seconds of the second half against Iona during a first round men's college basketball game in the NCAA Tournament in Columbus, Ohio, Friday, March 22, 2019. (AP Photo/Paul Vernon) 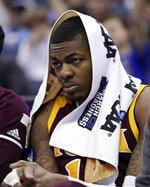 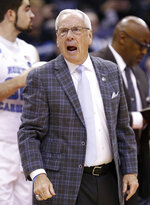 COLUMBUS, Ohio (AP) — North Carolina completed a perfect first round for top seeds in this NCAA Tournament, but not before Iona became the latest No. 16 seed to show these matchups are no sure thing.

The Tar Heels (28-6), who came into the tournament as a top seed for a record 17th time, advanced to play Washington in the second round of the Midwest Region on Sunday. They're hoping to reach their 11th Final Four.

Much like Gardner-Webb did earlier Friday against No. 1 seed Virginia — which last year became the first top seed to lose in the first round — Iona surprised the Tar Heels early with their energy and outside shooting. Rickey McGill made all four of his 3-point attempts in the opening half as the Gaels (17-16) led by as many as eight and took a 38-33 lead into halftime.

"He just said that's not the way we play, we need to pick it up," Johnson said. "And we received that message pretty loud and clear. We knew that the way we played in the first half was unacceptable."

Iona's advantage disappeared quickly . Johnson's 3-pointer and Luke Maye's jumper tied it 39 seconds into the second half, and an 18-4 run put North Carolina back on track.

The bigger and stronger Tar Heels dominated the boards, outrebounding Iona 52-26 and getting 25 second-chance points. After shooting 44.3 percent the first half, they hit 63 percent in the second and led by as many as 20 points.

"Second half, Cam makes a big 3 the first possession, and all of a sudden we have a little more energy and passion about what we were doing defensively," said Williams, who improved to 29-0 in the first round of the tournament. "And we defended, got some turnovers and got some points off that. And they missed some open shots as well."

McGill finished with 26 points, including 7-for-9 shooting from beyond the arc for the Metro Atlantic Athletic Conference champion Gaels, who are one-and-done in the tournament for the fourth straight season. They're still seeking their first NCAA win after 13 trips.

"We just came out ready to play," McGill said. "We knew they (were) going to come out and try and get a win over us, try and beat us by a lot. So for us to come out like the way we did, that was a big one. And then things changed."

Asante Gist had 17 points and Andrija Ristanovic scored 11 for Iona.

After shooting 44.3 percent the first half, North Carolina hit 63 percent in the second and led by as many as 20 points.

North Carolina outrebounded Iona 52-26 and got 25 second-chance points. They had 48 points in the paint compared with just 10 for Iona, which had to rely on its outside shooting. That worked in the first half but not the second.

The game had 14 lead changes and was tied five times before North Carolina took charge for good in the opening minutes of the second half.

Iona: The Gaels hit 10 of 21 3-point tries in the first half but managed just five more on 20 tries the rest of the way. They couldn't overcome the missed shots as they were beaten up on the boards.

North Carolina: The Tar Heels won't have the luxury of playing as poorly as they did in the first half if they want to make a deep tournament run. The 15 3s were the most ever given up by North Carolina in an NCAA game.

"I don't think that they felt like they were invincible," Williams said. "Probably the thing I despise more than anything in basketball or in life is somebody trying to be cool. And I thought in the first half we didn't have the passion."

North Carolina plays Washington in the next round.