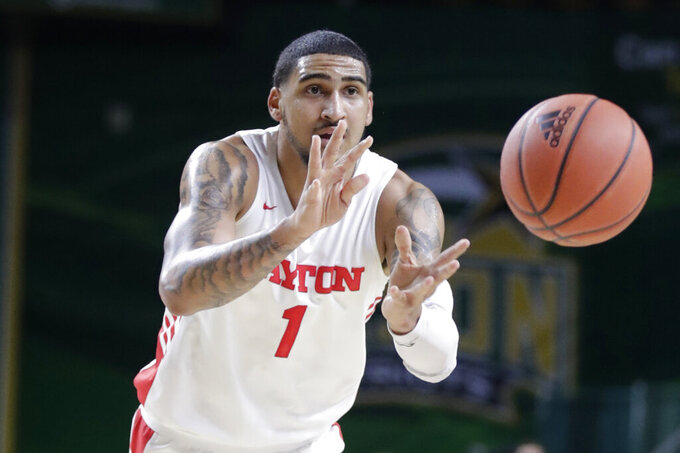 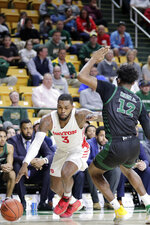 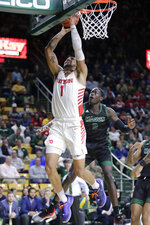 FAIRFAX, Va. (AP) — Even though the fourth-ranked Dayton Flyers have far bigger ambitions, Obi Toppin and his teammates were able to appreciate their first milestone in what has been an unprecedented season.

Toppin had 19 points and seven rebounds as Dayton survived a sluggish performance to beat George Mason 62-55 on Tuesday night and clinch at least a share of the Atlantic 10 regular-season title with three games to play.

“It’s definitely amazing just because of the past couple of years what we’ve been through,” Toppin said about the Flyers' turnaround since he joined the program during coach Anthony Grant’s first season in 2017-18.

The Flyers went 14-17 with a first-round exit in the conference tournament two seasons ago while Toppin sat out as an academic redshirt. They improved to 21-12 last season with an NIT appearance. This season will certainly end in a different way.

“To clinch it, it means something but we’re not done yet," Toppin said. "We still have a lot more games to win and the postseason.”

Toppin, one of the leading candidates for National Player of the Year, scored 13 of his 19 points after halftime for the Flyers (26-2, 15-0 Atlantic 10), who own the country’s longest winning streak at 17 games.

Jalen Crutcher had 13 points as Dayton finished shooting 50% from the field.

Dayton — the highest ranked team to ever play at George Mason — led for the entire first half but wasn’t able to shake George Mason. The Flyers led 30-25 at the break.

Mason scored the first five points of the second half and eventually took their its first lead of the game at 34-32 on Wilson's jumper with 15:10 left.

Back-and-forth play followed until Dayton went on an 8-0 run to go up 49-41 with just under eight minutes remaining. Toppin had four points during that spurt, including a thunderous baseline dunk.

“That’s what good teams do,” Grant said. “They’re able to answer those runs and they’re able to make plays and our guys did that.”

Mason cut it to 59-57 on Xavier Johnson's layup with 1:18 left, but Dayton answered with a floater from Ibi Watson.

George Mason lost for the third time in its past four home games.

Dayton: The Flyers continued their best ever start after securing their highest ranking since being ranked third in the final four polls of the 1955-56 season.

George Mason: After starting the season 11-1, the Patriots have gone 4-12. Mason needs another win to avoid matching its worst conference win total since joining the Atlantic 10 for the 2013-14 season. Mason has never defeated a ranked team at home (0-9).

Watson finished with nine points on 4-of-7 shooting. It was first time he shot better than 50% in a game since Jan. 22 against St. Bonaventure and his highest point total since scoring 14 at Richmond on Jan. 25.

George Mason is now 1-4 against Top 5 teams. The Patriots' lone win was their stunning upset of UConn during their 2007 run to the Final Four.

“We want it all. We want to go undefeated,” Watson said about the rest of Dayton's season.

Dayton: Hosts Davidson on Friday. The Flyers are 15-0 at home.

George Mason: At Duquesne on Saturday. The Patriots have lost five of their last six against the Dukes.