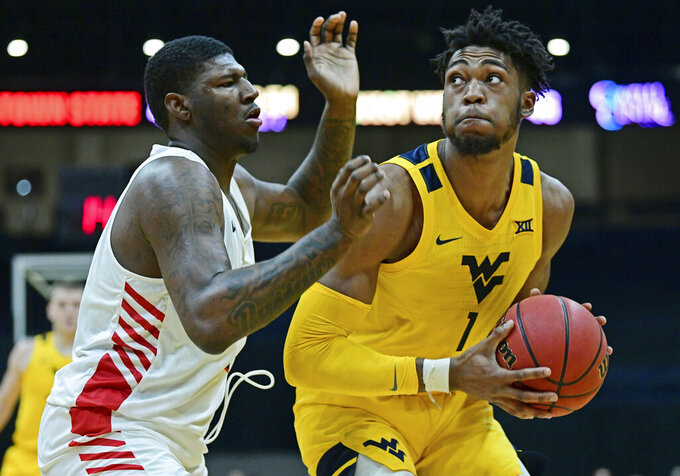 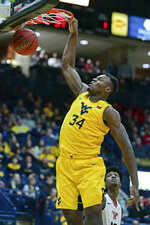 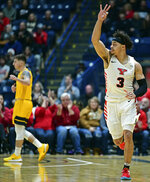 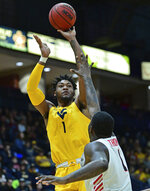 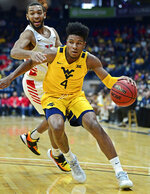 West Virginia (10-1) scored the final eight points to seal its third straight win since its only loss against St. John’s at Madison Square Garden. The Mountaineers were playing as a ranked team for the first time this season.

The inside duo of Tshiebwe and Culver eventually proved to be too much for upset-mind Youngstown State (7-6), which led by seven points early in the second half.

Culver also had seven rebounds and seven assists and Tshiebwe pulled down six rebounds. Culver grew up just a short walk from the Covelli Centre. Tshiebwe, a native of Congo, attended high school at Kennedy Catholic in nearby Sharon, Pennsylvania.

Culver, who estimated 80 family and friends were in the stands, admitted some nerves ahead of the game. Tshiebwe had a cheering section behind one of the baskets.

“The game was all I kept thinking about in the hotel room this morning,” Culver said. “My hands were sweaty.

“I came out for warmups and saw so many people I haven’t seen a long time and that was great. About two minutes into the game, the nerves went away and it was just another game.”

Tshiebwe found another reason beyond the win to celebrate.

“It’s good to be home for Christmas,” he said, with a smile.

West Virginia had five players score in double figures. Jermaine Haley and Miles McBride each had 11 and Taz Sherman finished with 10.

After falling behind 42-35 in the first two minutes of the second half, West Virginia outscored Youngstown State 23-9 to move in front 58-51 on Tshiebwe’s lay-in with 9:52 to go.

West Virginia increased its lead to 65-57 on Sherman’s 3-pointer with 5:10 left. Youngstown State got within 67-64 with 2:11 left on a pair of Quisenberry free throws but the Mountaineers went on a game-ending 8-0 run.

“We’ve been tested before this season,” Haley said. “We know what it takes to get it done at the end of games.”

“West Virginia plays as tough an any team in the country,” Youngstown State coach Jerrod Calhoun said. “We wanted to outhustle them, out-tough them and I thought we did. I’m really proud of our guys.”

DO ME A FAVOR

With a rare visit from a Power Five conference team, Youngstown State played the game off campus at the Covelli Centre.

West Virginia coach Bob Huggins and Calhoun are familiar with each other. Calhoun was an assistant for Huggins at Cincinnati and West Virginia.

Youngstown State played at West Virginia last season and will make the trip to Morgantown next season.

West Virginia’s Haley, the team’s leading scorer, was back in the starting lineup. He sat out the previous game, a win over Nicholls State, for what was termed a “coach’s decision.”

West Virginia made just 50 percent of its free throws, connecting on 10 of 20. That didn’t sit well with Huggins.

West Virginia: The schedule gets much tougher for the Mountaineers. They finish non-conference play against No. 5 Ohio State on Dec. 29 then visit No. 1 Kansas in the Big 12 opener Jan 4.

Youngstown State: The Penguins had a good tuneup for Horizon League play after competing against a ranked Big 12 team.

West Virginia: Will play Ohio State on Dec. 29 in a neutral-site game in Cleveland.

Youngstown State: Begins conference play with a two-game trip to IUPUI on Dec. 28 and Illinois-Chicago on Dec. 30.