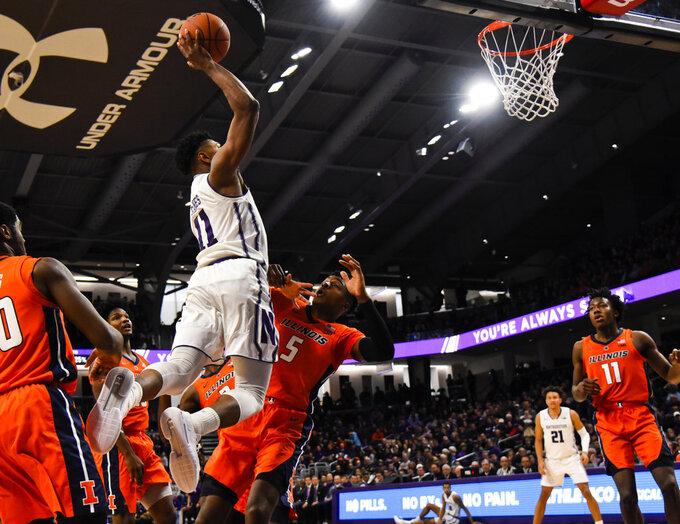 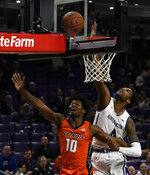 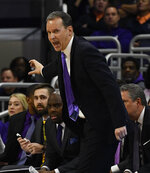 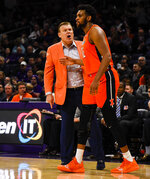 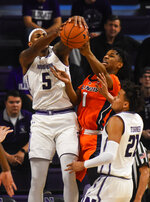 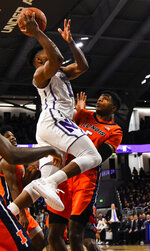 EVANSTON, Ill. (AP) — A.J. Turner got a second chance and made the most of it.

Turner hit a 3-pointer with 10.1 seconds left to give Northwestern a 68-66 victory over rival Illinois on Sunday, the Wildcats' first Big Ten win of the season.

The junior forward missed a wild 3-point attempt with just under 20 seconds left, but Dererk Pardon grabbed the rebound and threw it back out to Turner for the game-winning basket.

"I thought I got a clean look at the first one, and it was just a little short," he said. "My coaches and my teammates have been telling me just to be aggressive, so I just let it fly."

Giorgi Bezhanishvili gave Illinois a 66-65 lead on a follow basket with 1:31 to play. After each team had a scoreless possession, Northwestern got the ball back with 34.5 seconds to go to set up the game winner.

Trent Frazier missed a 3-point attempt at the buzzer for the Illini.

Following a slow start offensively, Northwestern received a lift when freshman Ryan Greer entered the game at point guard seven minutes into the game. The Wildcats rallied for a 24-16 lead with five minutes left before halftime and seemingly had taken control.

But Illinois, after going scoreless for more than four minutes, closed the first half with a 15-1 run to take a 31-25 lead at the intermission.

Law had just two points on 1-for-6 shooting in the first half. He finished 4 for 12 from the field with six turnovers.

Illinois stretched its lead to eight points early in the second half before Northwestern rallied to tie the score at 42 on a 3-point play by Gaines with 13 minutes to go.

The game stayed tight the rest of the way.

"Terrific win for us," Northwestern coach Chris Collins said. "This was a game we knew we had to win. There was no sugarcoating it. We had had three really difficult losses against three of the best, not only in the conference but in the country. We had to come home and we had to find a way to win, and we did, so I'm really proud of my team."

Illinois: The Illini are solid defensively, but must develop more consistency on offense to win in the Big Ten.

Northwestern: To be competitive in the Big Ten and have a shot at an NCAA tournament bid, the Wildcats need more consistent play out of Law. Also, the lack of a true point guard in the starting lineup is more apparent against quality opponents.

Illinois averages 9.2 3-pointers a game, which is second in the Big Ten. The Illini were held to 0-for-11 shooting behind the arc by Northwestern.

"You're not going to win at this level if you don't have the courage to step up. Live with the result, but it's not going to be a good result if you don't do it with courage. I was really proud of him for taking the shot."