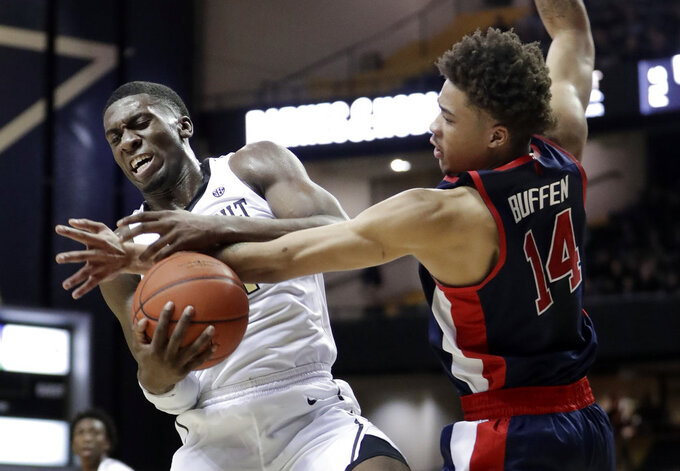 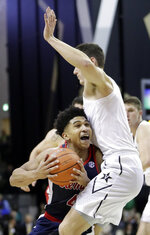 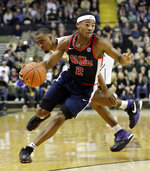 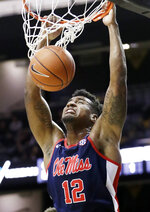 Not a bad way to kick off league play.

Breein Tyree scored a career-high 31 points, and Mississippi opened SEC play by beating Vanderbilt 81-71 Saturday night for the Rebels' eighth straight victory. The Rebels didn't win away from Oxford in league play until Feb. 20 at Missouri.

Ole Miss now has won four straight in Memorial Gym and seven of the last nine between these teams. First-year coach Kermit Davis picked up where he left off winning his fourth consecutive in a streak he started at Middle Tennessee. Davis said he's talked since his first day on the job of building toughness to win on the road in SEC play.

The Rebels led 35-32 at halftime and simply outshot Vanderbilt in the second. They hit 57.7 percent (15 of 26) in the second half. Tyree led the way hitting his first six shots and finished 11 of 16 from the floor with a trio of 3-pointers made and knocked down all six of his free throws.

"If I make my first couple shots, I'm going to score a lot," Tyree said.

Then the Rebels took over with a 20-7 run. Davis hit a 3 and then stole the ball to set up Shuler for a fast-break layup and a 65-60 lead that matched their largest of the game to that point. Tyree added a pair of free throws for the Rebels' biggest lead to finish the run.

Vanderbilt didn't hit a bucket after Aaron Nesmith's 3 with 3:46 left as the Commodores finished the game hitting only one of their final seven shots.

Ole Miss: The Rebels came in as the SEC's second-best shooting team, hitting 50.7 percent from the floor. They started a little cold in the first half, hitting just 41.9 percent (13 of 31). They nearly made up for that in the second half, and they also had a 36-35 rebounding edge.

Vanderbilt: The Commodores outscored Ole Miss 36-28 in the paint but couldn't make the Rebels pay for fouling them enough. They finished with a season-low 58.6 percent shooting at the line (17 of 29).

"It was the difference in the game," Drew said of the free throw woes. "We make those, I think we keep the lead ... It could've been a lot different outcome."

Terence Davis was limited to 21 minutes with foul trouble and finished the game with four personals. Scoreless in the first half, he finished with 11 points. Davis said he was definitely conscious of being in foul trouble, but he just wanted to help the team with Tyree doing everything he could to help the Rebels win.