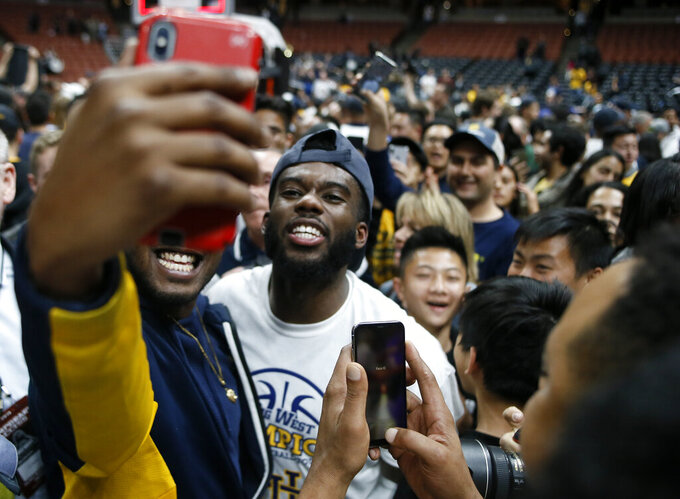 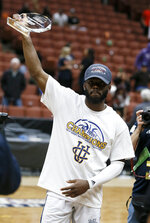 IRVINE, Calif. (AP) — UC Irvine is out to prove that it is more than a team with one of college basketball's most unusual mascots.

The Anteaters, who face Kansas State on Friday in San Jose, are one of five teams in the NCAA Tournament field to have 30 or more wins this season. The Big West champions and No. 13 seed in the South Region are 30-5 and have 16 straight wins, the third-longest current winning streak in Division I.

"I don't think anyone will take us lightly with those 30 wins next to our name and with the type of win streak that we have," coach Russell Turner said. "Sometimes that is what you need a little bit, for someone to look past you."

Turner has a roster with experience and a strong lineage. Four of his players have fathers or grandfathers who played in the NBA and the NCAA Tournament.

Hazzard leads the team in scoring, averaging 12.5 points per game. Welp, a redshirt freshman and son of the late Christian Welp, is averaging 8.9 points per game and has come on as of late. He scored 23 points in the Big West championship game against Cal State Fullerton.

Doc Rivers said Turner has long been regarded in NBA circles as a good coach. Turner was an assistant coach for six seasons at Golden State before coming to UC Irvine.

"A lot of the guys in the NBA look at Russ, know what type of coach he is and want our kids playing for him," Rivers said. "He's a good coach and a good guy. He makes them better and that's all you can hope for."

Turner said players with distinctive lineages may be savvier when assessing the strengths and weaknesses of a program.

"They all want the opportunity to assert those own games," he said. "That's not easy when it's done in the shadow of a well-known parent. But the guys who want it are very committed."

Butler, a freshman whose father, Caron, played 14 seasons in the NBA, said this is the first time he has played with other sons of famous players and that being with players who have the same experiences has made the adjustment to college easier.

The Anteaters are one of the toughest defensive teams in the nation. They are third in Division I in total rebounds (1,411), fifth in field goal percentage defense (38.0 percent) and ninth in rebound margin (7.3).

UC Irvine, which has wins this season against Texas A&M and Saint Mary's, is familiar with Kansas State. The Anteaters played the Wildcats last season but lost.

Jonathan Galloway, the three-time Big West Defensive Player of the Year, thinks that playing in San Jose and knowing the Wildcats is an advantage.

"We had a good game plan against them but couldn't execute," said Galloway, who is averaging 7.0 points and 8.0 rebounds per game. "They are a great team overall but we have to make them uncomfortable on defense. We know we will have our hands full but we will be ready."

Hazzard also thinks playing in California will be an advantage.

"I thought we could have been a higher seed but at the end of the day I like the matchup," Hazzard said. "We beat some good teams and we're a confident group right now."