UCLA comes from behind to beat Cal in overtime 75-67 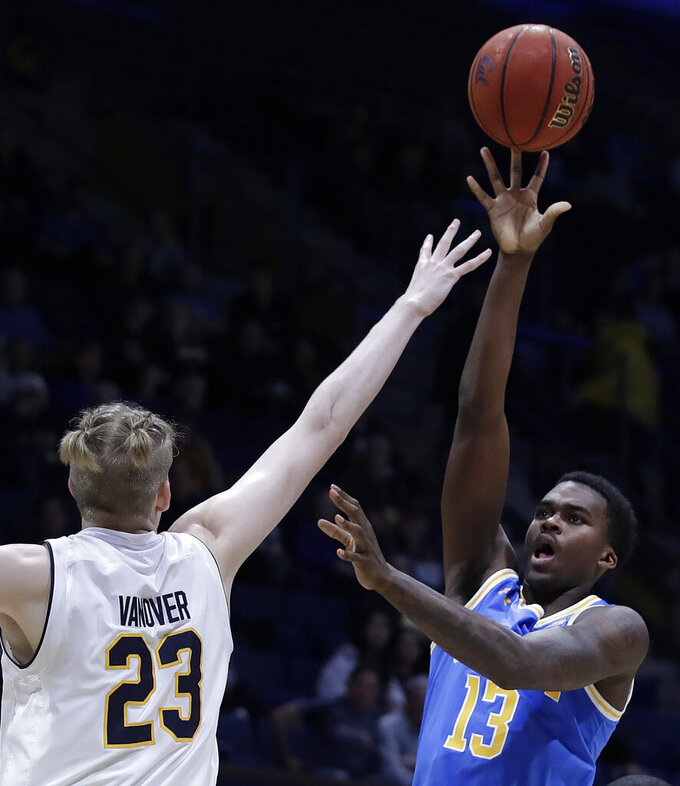 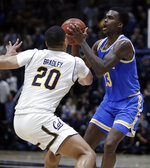 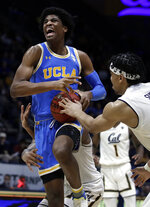 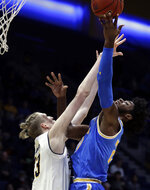 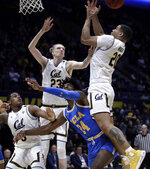 Chris Wilkes, one of the five Bruins sent to the bench, felt otherwise, even though it took he and his teammates a little while to respond.

Wilkes had 27 points and 10 rebounds, Jaylen Hands made six free throws in overtime and UCLA overcame a sloppy first half and beat California 75-67 on Wednesday night.

"You never want to get taken out that early, especially when you are a starter, but that caused us to play harder," Wilkes said of being benched. "I think it worked a little bit. We were able to come back and win."

Bartow, who took over when Steve Alford was fired in late December, made the bold move after the Bruins missed their first eight shots and trailed 7-0 with 16:53 left in the first half.

The impact wasn't noticeable right away, and Bartow questioned his decision.

"We only scored 25 points at half so I don't know how good a move that was or not," Bartow said. "We've got 10 guys that we're kind of rotating in and out, so we've got confidence in all 10. We played a pretty good second half to get the thing to overtime, then I thought we played pretty sharp in overtime. It was a big win."

David Singleton added 12 points on a career-high four 3-pointers and Hands scored 12 for the Bruins (13-12, 6-6 Pac-12). UCLA had lost three straight and six of eight before rallying from nine points down to complete a season-sweep of California.

"We just could not score tonight," Bears coach Wyking Jones said. "That's the biggest team in the league. When you're playing against a team with that length, it's tough."

The Bruins made only one basket in overtime but pulled away at the free throw line while outscoring the Bears 11-3 in the extra period.

Hands, who shot 2 of 10 from the floor, led the surge of free throws by making all six he attempted in overtime. Wilkes added two and Moses Brown had one. Chris Smith made UCLA's only basket in overtime.

"I heard in the past that the team that scores the first couple buckets in overtime are usually the teams that win," Wilkes said. "I know we missed a lot of free throws but at the end we hit a lot more."

It's only the second time this season that the Bruins have won after trailing at halftime.

UCLA hadn't done much for the first 38 minutes of the game but made a trio of 3s in the final 1:46 of regulation to force overtime. The Bruins missed a chance to avoid overtime when Wilkes' 3-pointer at the buzzer clanged off the back of the rim.

UCLA spent much of the second half in a 2-3 zone, although Bartow mixed it up at times and went to a 3-2 for a handful of possessions. Cal had trouble penetrating either zone and repeatedly settled for hurried shots from the perimeter.

UCLA: The Bruins have had a rough season and they didn't look very good for much of the game. Still, picking up a conference win on the road is big no matter the circumstances. ... Hill was called for a technical foul in the first minute of the second half after getting into a brief spat with McNeill. ... The Bruins had more turnovers (13) than baskets (eight) in the first half.

UCLA: Plays at Stanford on Saturday.