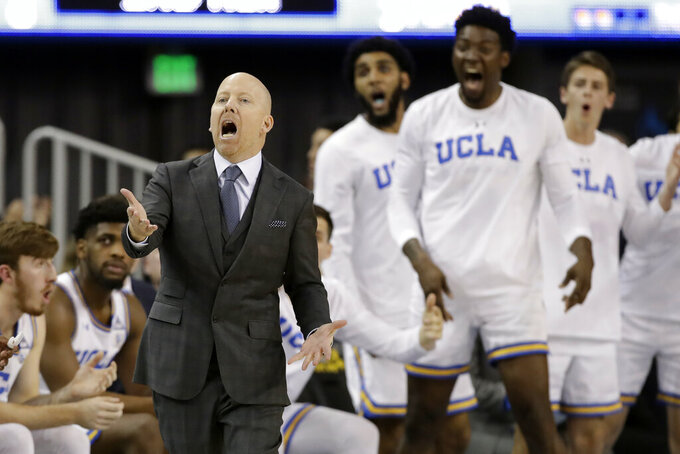 The Bruins, ranked No. 20 in The Associated Press preseason poll, received nine first-place votes and 251 points Thursday from a panel of 23 media members who cover the league.

Stanford finished fourth with one first-place vote and 209 points.

The Bruins had a shaky start in their first season under coach Mick Cronin in 2019-20, but finished strong to be in position for an NCAA Tournament berth before the season was canceled due to the coronavirus pandemic. UCLA has several players back from that team, including All-Pac-12 guard Chris Smith.

Arizona State got a boost with the return of guards Remy Martin and Alonzo Verge Jr., and coach Bobby Hurley brought in a stellar recruiting class headed by guard Josh Christopher.