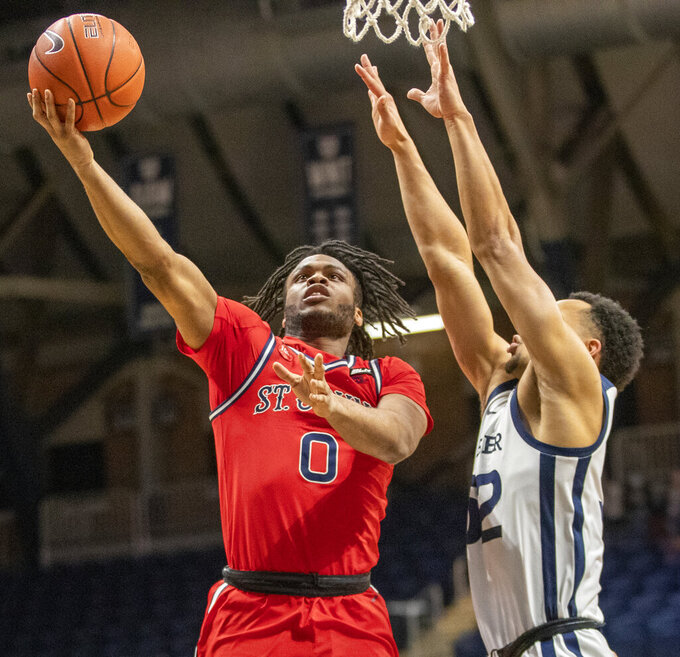 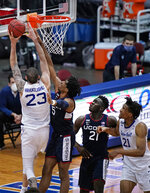 Tyler Polley of UConn was the winner of the league's sixth man award and Mitch Ballock of Creighton received the conference's sportsmanship award.

The league’s head coaches selected the awards. They were not permitted to vote for their own players.

The Big East will announce its player, coach, freshman and scholar-athlete of the year awards Wednesday, the opening day of the tournament at Madison Square Garden.

Whaley was second in the conference in blocked shots with 2.7 per game and added an average of 6.0 rebounds. The Huskies' defense led the league, allowing an average of 65.2 points.

Polley, a 6-foot-9 senior forward from Miramar, Florida, has averaged 7.6 points, while coming off the bench.

Ballock has started a league-record 74 regular-season league games over the past four years. He is the only player in Creighton history to have more than 300 3-pointers and more than 300 assists.