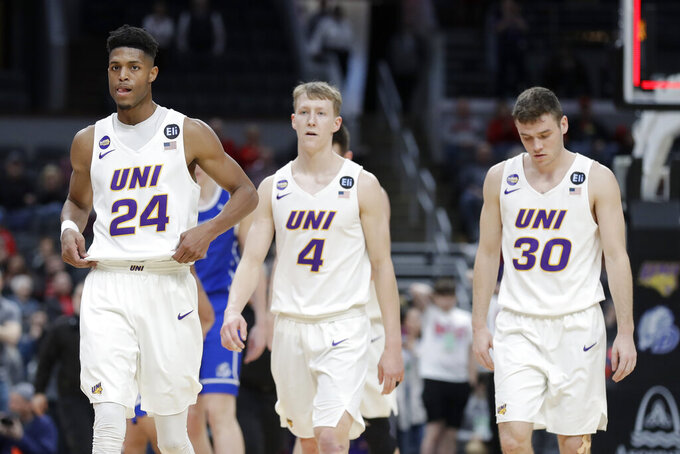 As conference tournaments get into full swing ahead of Selection Sunday, here is a look at teams teetering on the NCAA Tournament bubble through games played Monday night:

The Bruins may have dropped a squeaker to Southern California — another bubble team — in their Pac-12 regular-season finale, but coach Mick Cronin's team had won seven straight. Now, despite a 19-12 record overall, the Bruins head into the league tournament as the No. 2 seed and with plenty of momentum. One win should be enough to get UCLA safely into the NCAA Tournament.

Longhorns coach Shaka Smart was on a sizzling seat a month ago, but his team ripped off five straight wins in the closing weeks of the regular season. A loss to Oklahoma State last week stings, but Texas (19-12) is still the No. 4 seed in the Big 12 Tournament and has a chance to make a statement Thursday against fifth-seeded Texas Tech.

The Shockers' only losses down the stretch were competitive games against talented teams from Cincinnati and Memphis, and both of them were on the road. Wichita State (23-8) once again has the kind of balance, depth and defense that makes coach Gregg Marshall's teams so difficult come March.

The A-10 was dominated by Dayton all season, but it also was strong enough top-to-bottom to be deserving of at least one at-large bid. The question becomes where does it go? Richmond (24-7) is the hottest of the contenders with nine wins in the last 10 games, but Saint Louis (23-8) and Rhode Island (21-9) could elbow their way in during the A-10 tourney.

The Golden Eagles (18-12) lost three straight and six of their last seven to finish below .500 in the rough Big East, low-lighted by back-to-back defeats to DePaul and St. John's to finish the regular season. Now, star guard Markus Howard and Marquette face quite a predicament in needing a couple wins at Madison Square Garden this week.

The Hoosiers (19-12) also finished below .500 in their league, and their 9-11 mark in the Big Ten is even worse given they won just four of their last 12. But among them were solid wins over Penn State and Iowa, and the Hoosiers will be heavily favored to win at least a game at the conference tournament when they open against Nebraska.

So much for a sure thing from the Missouri Valley. The Panthers (25-6) were the class of the league all season but were dealt a major blow by losing to Drake in the opening round of the conference tournament. If the Panthers had only advanced to the title game before falling, the Valley could have gotten two into the NCAA Tournament. Now, who knows?

The Golden Hurricane have been teetering on the bubble for a while, but their regular season-ending loss to Wichita State hurt mainly because they weren't even competitive. Frank Haith's squad needs to rebound in the American Athletic Conference Tournament when it plays Friday night.