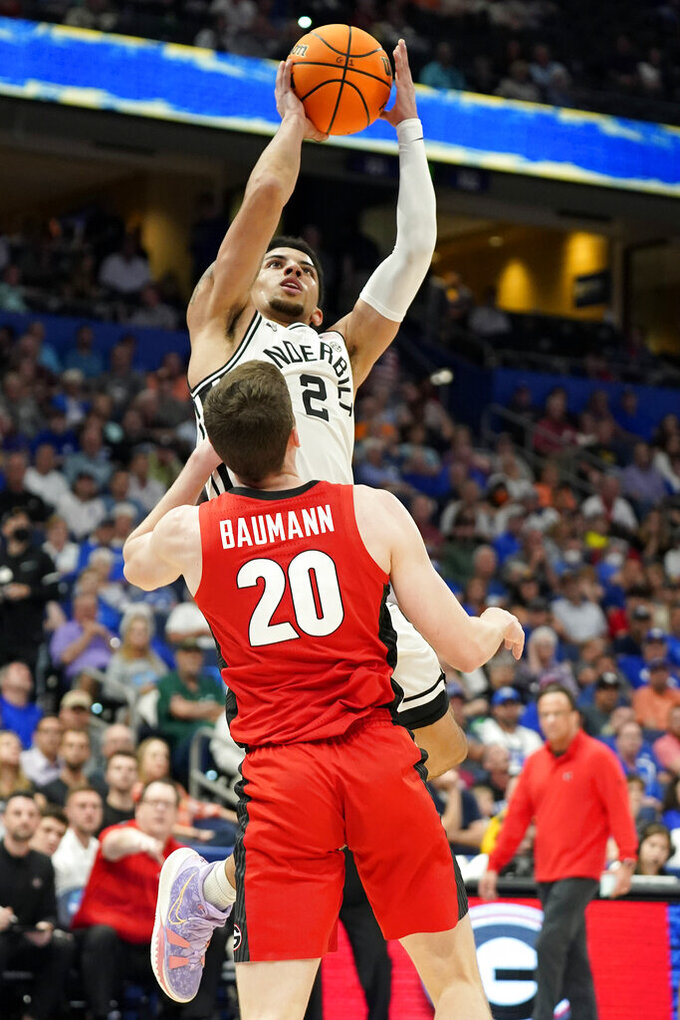 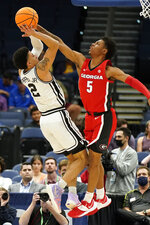 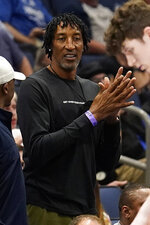 TAMPA, Fla. (AP) — Scotty Pippen Jr. scored 13 of his 14 points in the first half as 11th-seeded Vanderbilt built a big lead and routed No. 14 seed Georgia 86-51 in the first round of the Southeastern Conference tournament on Wednesday night.

Vanderbilt (16-15) will look for its third win in a row when it faces sixth-seeded Alabama in the second round on Thursday. The Commodores lost at home to the then-24th ranked Crimson Tide 74-72 about two weeks ago.

Pippen was 6 of 12 from the field, yet ended his program-record of seven straight games with 20-plus points. He played just five minutes in the second half.

Vanderbilt shot 16 of 41 (39%) from 3-point range, spread among 10 players. Jordan Wright and Myles Stute each made three from long range and finished with 11 points apiece. Shane Dezonie had 10 points with a pair of 3s.

The Commodores used a 19-5 run, capped by Pippen's 3, for a 23-9 lead on their way to a 35-14 halftime advantage. Back-to-back 3s from Stute and Wright stretched the lead to 31 points early in the second half.

Braelen Bridges scored 15 points and Kario Oquendo had 11 for Georgia (6-26). The pair combined for 12 points, on 3-of-10 shooting from the field, with six free throws in the first half. The rest of the Bulldogs shot 1 of 12 from the floor.

Georgia has lost its last 12 games and 20 of the past 21. Vanderbilt has beaten the Bulldogs three times this season, though the first two were within 10 points.