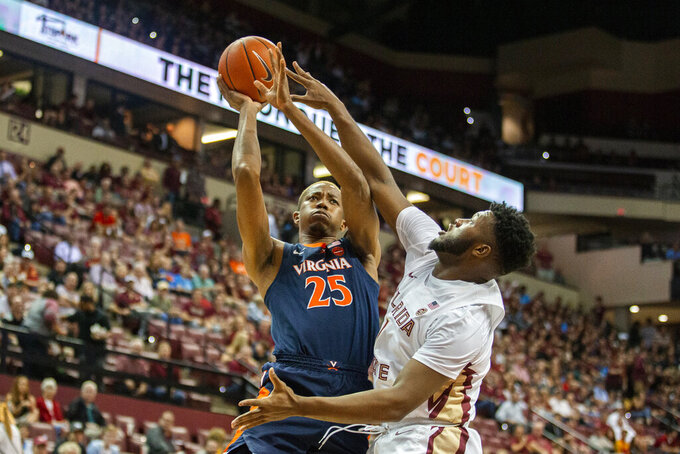 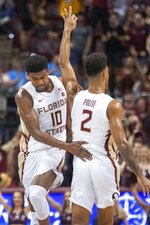 Devin Vassell scored 18 points, including a 3-pointer and a pair of free throws in the final seconds, and No. 9 Florida State won its eighth straight game, beating Virginia 54-50 on Wednesday night.

Florida State had 16 turnovers. But the Seminoles won with their trademark defense, creating 10 steals, blocking five shots and forcing Virginia into 18 turnovers.

“Some people will say this was not a very pretty game,” Florida State coach Leonard Hamilton said. “It was beautiful to me.”

Florida State made plenty of mistakes but also connected on critical 3-pointers to break Virginia’s pack-line defense. Early on, with FSU struggling, Polite hit three 3-pointers — including one at the halftime buzzer that put the Seminoles up 31-24.

Virginia clawed back into the game and the lead changed hands down the stretch. Kihei Clark put the Cavaliers ahead 46-44 with 5:23 to go. The teams traded baskets before Polite tied it at 47 with 2:27 left.

FSU took control from there. Vassell knocked down a 3-pointer and hit a pair of free throws while Trent Forrest made two of three free-throw attempts. Virginia couldn't respond, turning it over three times and making just one more shot, a 3-pointer.

The Seminoles won amid a role reversal for the teams — Florida State as the top-10 team and Virginia as the unranked challenger.

“We feel like we've always been the underdogs,” Vassell said. “We haven't had that spotlight on us. Every game, we're getting everybody's best shot.”

Florida State, which was unranked to begin the season, could make an argument to move up even more if the Seminoles add a victory at Miami.

Hamilton has won 160 ACC games in 18 seasons at Florida State, tying him with Frank McGuire (North Carolina and South Carolina) for fifth most in league history.

Florida State took a 26-25 lead in the all-time series.

Virginia: The Cavaliers were undone by their own mistakes as they made 12 shots from the floor but had 11 turnovers in the first half alone.

Florida State: The Seminoles have won five straight ACC games. They have beaten three ranked teams — then-No. 6 Florida, then-No. 7 Louisville and then No. 16-Tennessee. The Cavaliers fell out of the rankings this week.

Virginia: At Georgia Tech on Saturday.

Florida State: At Miami on Saturday.