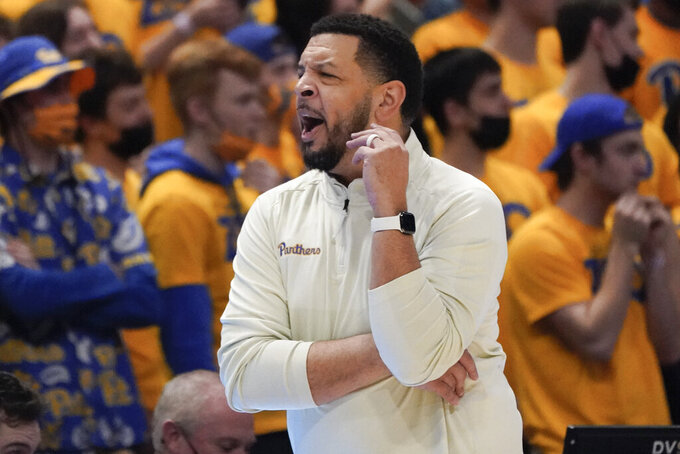 Pittsburgh head coach Jeff Capel yells to his team as they play against Virginia during the first half of an NCAA college basketball game, Wednesday, Jan. 19, 2022, in Pittsburgh. Virginia won 66-61. (AP Photo/Keith Srakocic) 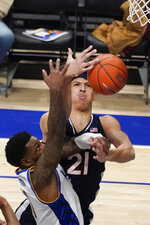 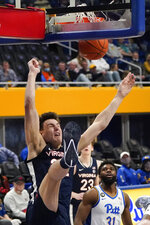 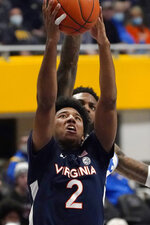 In securing its eighth straight win over the Panthers, Virginia (11-7, 5-3 Atlantic Coast Conference) moved its all-time record against Pitt to 19-4 in a series that started in the 1957-58 season.

In the typical methodical style of play exhibited by the two teams, it took 29 minutes for either squad to record a fast-break basket. Meanwhile, the Cavaliers shot 4 for 17 from 3-point range, while Pitt was 1 for 6 from beyond the arc. Pitt shot 50% overall but only had 42 shot attempts.

But Armaan Franklin made a layup with 26 seconds to go and Clark buried two foul shots with nine seconds left and Virginia held on.

Kadin Shedrick made all six of his shot attempts and scored 12 points for Virginia. Beekman distributed eight of Virginia's 19 assists on its 27-for-54 shooting.

Virginia, winners of four of its last six, heads to North Carolina State on Saturday. Pitt travels to Clemson on Saturday.