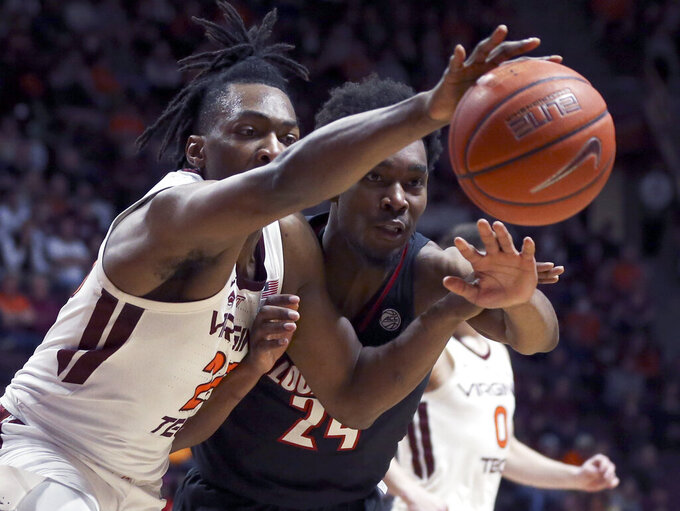 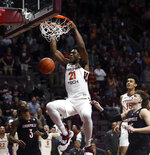 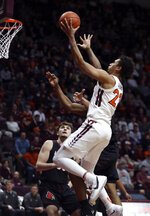 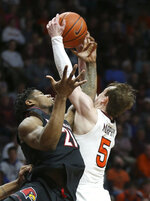 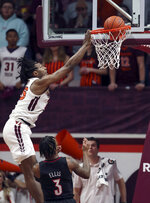 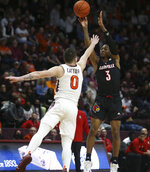 Virginia Tech (19-11, 11-8 ACC) has won nine of its last 10 games and secured at least the seventh seed into the conference tournament.

Keve Aluma and Darius Maddox added 11 points apiece for the Hokies. Nahiem Alleyne and Sean Pedulla each had nine points. Maddox and Pedulla combined for six of the Hokies' 12 3-pointers.

The Cardinals made the first bucket of the game before Virginia Tech answered with 12 straight points. Alleyne made a 3-pointer between two 3s from Pedulla as the Hokies stretched their lead to 13 points with 4:18 remaining in the first half.

A Matt Cross 3 cut Louisville's deficit to 38-27 early in the second half, but the Cardinals didn't get closer.