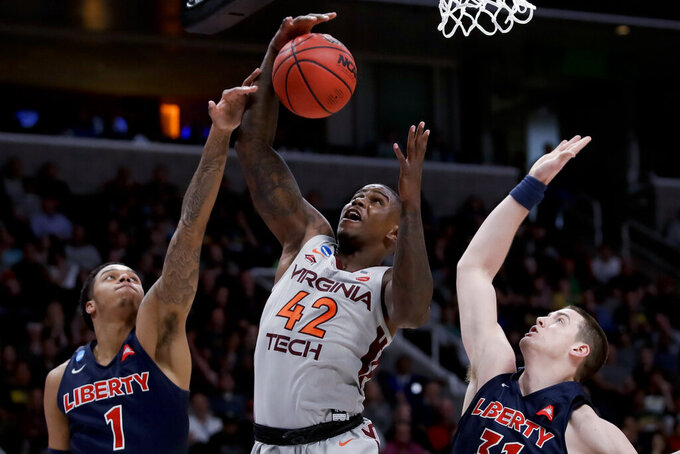 BLACKSBURG, Va. (AP) — Virginia Tech's Ty Outlaw has been charged with possession of marijuana, potentially jeopardizing his status for the remainder of the NCAA Tournament.

The sixth-year senior was charged March 21, the day after he and the Hokies arrived in San Jose, California for the first round of the NCAA Tournament, according to records on the Virginia Courts Case Information web site. His hearing is set for April 11. Outlaw started and scored seven points March 23 as the fourth-seeded Hokies beat Saint Louis 66-52 in the first round of the tournament.

Montgomery County Commonwealth's Attorney Mary Pettitt said in an e-mail that a person could be charged with possession of drugs "even if you are not present with the drugs. You need to have dominion and control over them and do not have to be in actual physical possession." She added that she believed the warrant was obtained on March 25 and not served until March 26.

Outlaw, who lost one season of eligibility to a heart condition and another to a torn ACL, is among the top 3-point shooters in the nation, having made 78 of 171, or 45.6 percent. He is fifth in scoring at 8.7 points per game for the Hokies, but a streaky shooter capable of big games. His career high is 24 points for a game in which he made a then-school record eight 3-pointers against Miami on Feb. 27, 2017.

Outlaw also started the Hokies' second-round game against Liberty, finishing with 11 points and a career-best 11 rebounds in a 67-58 victory.