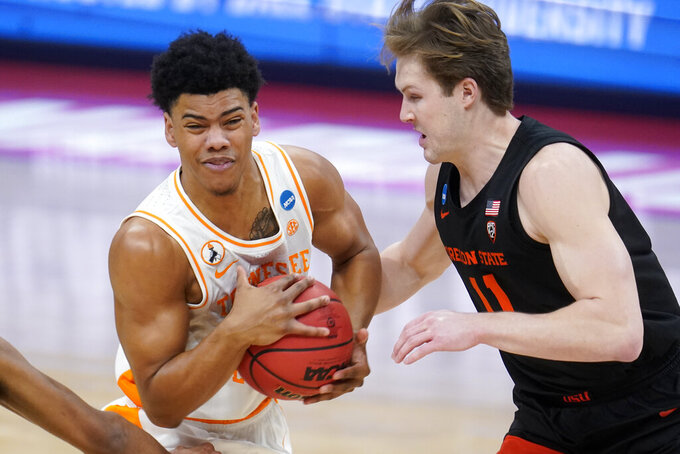 KNOXVILLE, Tenn. (AP) — Tennessee guard Jaden Springer says he's signing with an agent and declaring for the 2021 NBA draft after his freshman season.

Springer announced his decision Monday with a social media post.

He thanked Tennessee coach Rick Barnes, staff and fans for the privilege of playing this season. Springer said it was an honor to represent the Volunteers even though the season didn't end the way they wanted.

Tennessee went 18-9 and lost in the first round of the NCAA Tournament to Oregon State.

“Although I was only here for a short time, you welcomed me and made me feel at home,” Springer wrote. “While I am excited to pursue my NBA dream, please know that Rocky Top will always be home sweet home to me.”