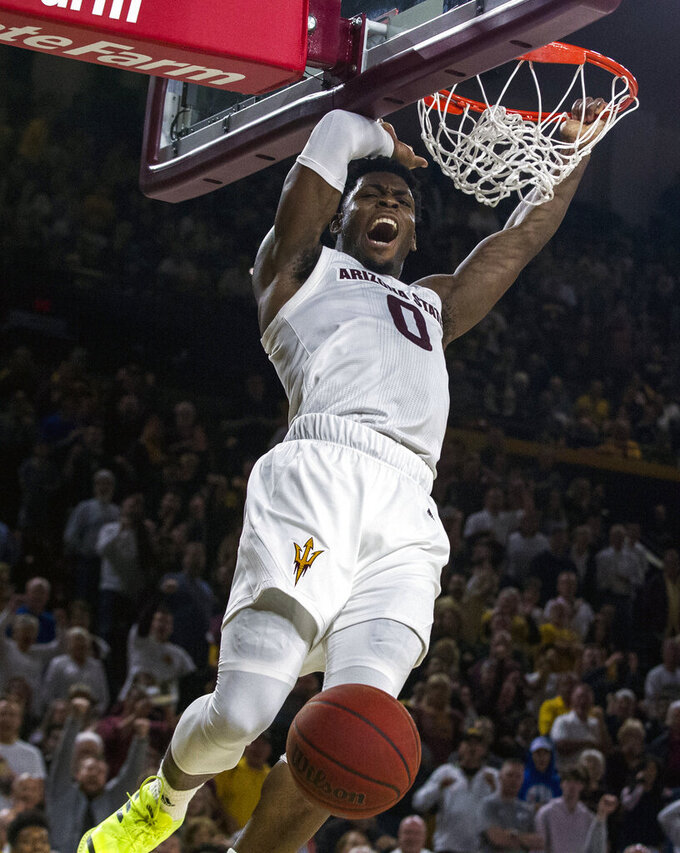 FILE - In this Jan. 19, 2019, file photo, Arizona State's Luguentz Dort (0) dunks against Oregon during the second half of an NCAA college basketball game, in Tempe, Ariz. Dort was named Newcomer of the Year in the Pac-12, Tuesday, March 12, 2019. (AP Photo/Darryl Webb, File) 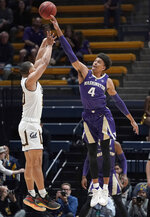 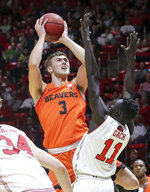 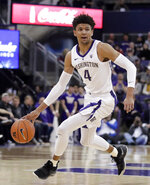 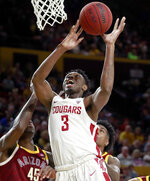 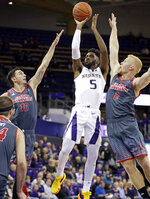 LAS VEGAS (AP) — The Pac-12 player of the year award often goes to the highest scorer or the best player on the best team.

Washington's Matisse Thybulle took home the honor by being a disruptive defensive force for the Pac-12 regular-season champions.

Thybulle was named Pac-12 men's basketball player of the year by The Associated Press on Tuesday after becoming the first Division I player in 20 years to have 100 steals and 70 blocked shots in a season.

Washington's Mike Hopkins was named coach of the year and Arizona State freshman Luguentz Dort newcomer of the year.

Thybulle was the Huskies' fourth-leading scorer at 9.5 points per game, but dominated at the top of their disruptive zone, using his long arms to block shots and reach into passing lanes.

The 6-foot-5 senior led the nation with 3.55 steals per game and was 18th with 2.32, becoming the only Division I player to rank in the top 20 in both categories. His 110 steals tied the Pac-12 record set by California's Jason Kidd in 1992-93 and he has started every game of his career at Washington, heading into the Pac-12 Tournament with 130 straight starts.

Washington was picked to finish third in the Pac-12 preseason poll, but quickly took command of the regular-season race by winning its first 10 conference games under Hopkins. The Huskies built a three-game lead by the season's midpoint and closed out their first Pac-12 title since 2011-12.

Washington won 15 conference games to match a school record and Hopkins is the second coach in school history — with Tippy Dye from 1951-53 — to open his career at Washington with consecutive 20-win seasons.

Dort was a top-rated recruit from Montreal and had a stellar start to his Arizona State career, setting a school freshman record for an opener with 28 points. The 6-4 guard built like a linebacker had it a little tougher once the Pac-12 season started, but still finished as the Sun Devils' leading scorer with 16.5 points per game.