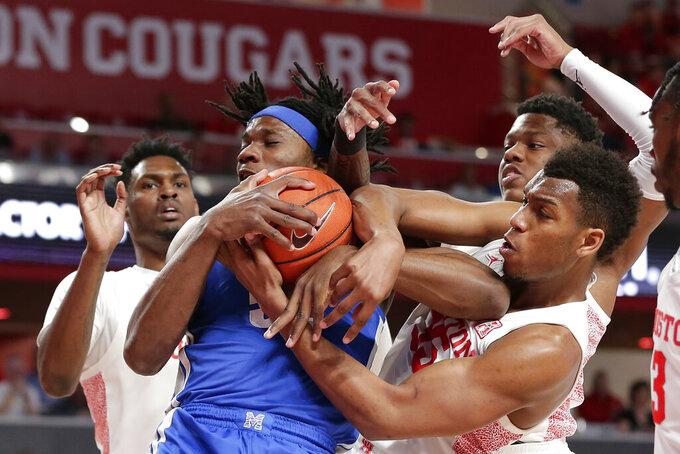 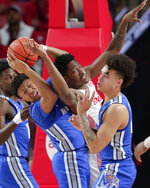 Grimes had 15 second-half points, which led a big run for the Cougars (23-8, 13-5 American Athletic Conference). Nate Hinton had 13 points for Houston, which shot 34%, including 48% in the second half.

The Cougars forced 17 turnovers by Memphis, which they turned into 18 points. Houston also had a 45-41 advantage in rebounding and a 17-8 advantage in second-chance points.

Houston will finish at least in a tie for second in the AAC.

Memphis led 30-26 at the half behind 16 points from Achiuwa.

Memphis: The Tigers missed a chance to help their NCAA Tournament resume and fell to 2-3 this season against ranked opponents. … Excluding Achiuwa and Quinones, Memphis shot 5 for 19 from the field. … The Tigers were 5-6 on the road this season.

Houston: The Cougars had another poor shooting first half, hitting 22%, including missing their last nine field goals over the final 5:13 of the half. … Houston finished the season 14-2 at home and won its last 10 straight at home. … Houston was 8-0 following a loss this season.

The American Athletic Conference Tournament in Fort Worth. Houston earned a bye into the quarterfinals and will play on Friday, while Memphis will play on Thursday in the first round.