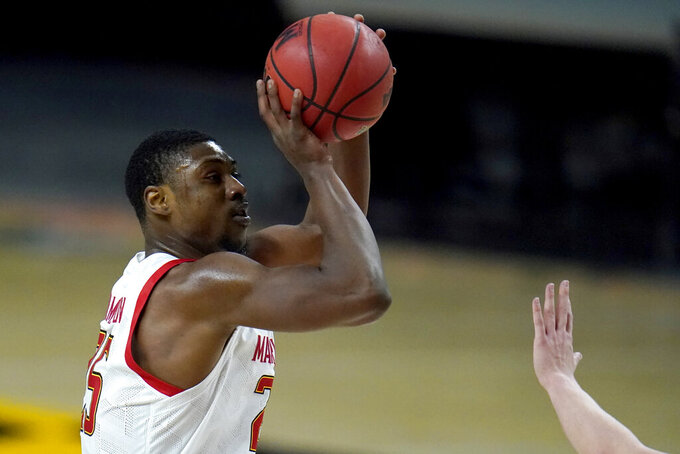 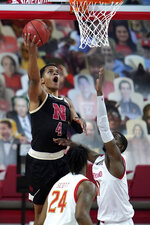 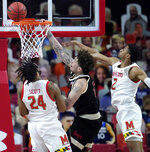 COLLEGE PARK, Md. (AP) — Aaron Wiggins had 21 points and matched a season-high with 11 rebounds, leading Maryland to a 64-50 victory over Nebraska on Tuesday night in the first of back-to-back games between the teams.

Maryland was previously scheduled to host Nebraska on Jan. 16, but the game was postponed due to health and safety protocols within the Cornhusker program. The Terrapins will host the rematch Wednesday night.

The game was tied at 44 midway through the second half. Wiggins scored 12 points as the Terrapins closed on a 20-6 run.

Wiggins was 8-of-15 shooting and has scored at least 17 points in five of his last six games. Jairus Hamilton added 15 points and Eric Ayala had 14 for Maryland (12-10, 6-9 Big Ten), which has won consecutive games.

Darryl Morsell beat the first-half buzzer from just inside the midcourt line that gave the Terps a 32-28 halftime advantage. Morsell finished with five points and is three points shy of a career 1,000.

Wednesday night's rematch marks Maryland’s first against an opponent on back-to-back nights since 1949 at Miami, and its first at home since 1927 against North Carolina. Nebraska faces a conference opponent on consecutive days for the first time since 1921 when the Cornhuskers were part of the Missouri Valley Conference.