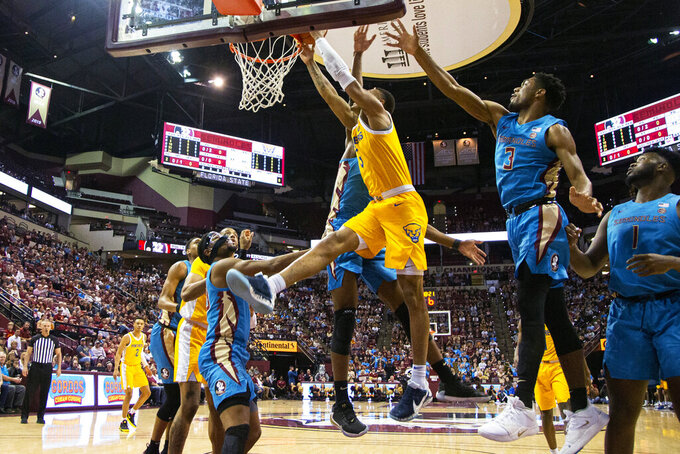 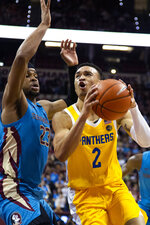 TALLAHASSEE, Fla. (AP) — Patrick Williams is feeling more comfortable, and the freshman’s play has the rest of the ACC very uncomfortable.

Williams scored 16 points, Anthony Polite had 10 points and six rebounds and No. 8 Florida State pulled away in the second half and beat Pittsburgh 82-67 on Tuesday night.

Williams’ athleticism and instincts are showing. He has scored in double figures in four of the last five games, and his last two games have been among his best. On Saturday, he scored 17 points in a win over Syracuse — his highest point total in an ACC game — on 7-of-14 shooting. On Tuesday, it was another efficient night as he shot 7 of 12 from the floor and grabbed five rebounds.

“He’s really starting to blossom,” Pittsburgh coach Jeff Capel said. “There’s a reason why he’s looked at as one of the top guys, potentially, for the NBA draft, if that’s something he chooses to do.”

Williams has plenty of time to make that decision. For now, he’s a spark plug off the bench each game. Led by Williams, Polite and Dominik Olejniczak (eight points), FSU's bench outscored Pittsburgh 53-15.

“I was very pleased with our bench,” FSU coach Leonard Hamilton said. “Our rotation guys came in and gave us a lot of effort and execution.”

Devin Vassell returned from a one-game absence for Florida State and finished with three points and four rebounds.

The victory helped the Seminoles avenge a 63-61 loss at Pittsburgh in the season opener on Nov. 6.

Trent Forrest had two first-half steals, giving him 219 for his career and moving him into the top 25 in ACC history. Forrest is third on Florida State’s all-time steals list, behind Charlie Ward (238) and Delvon Arrington (225).

Florida State has hung out at No. 8 in the polls for a few weeks and likely won’t get a chance to move up again until the Seminoles play host to No. 11 Louisville on Monday.

Pittsburgh was able to keep the game close in the first half, but Trey McGowens was held to only three points — he averages 12.5 — and the Panthers made fewer than 20% of their 3-point attempts.