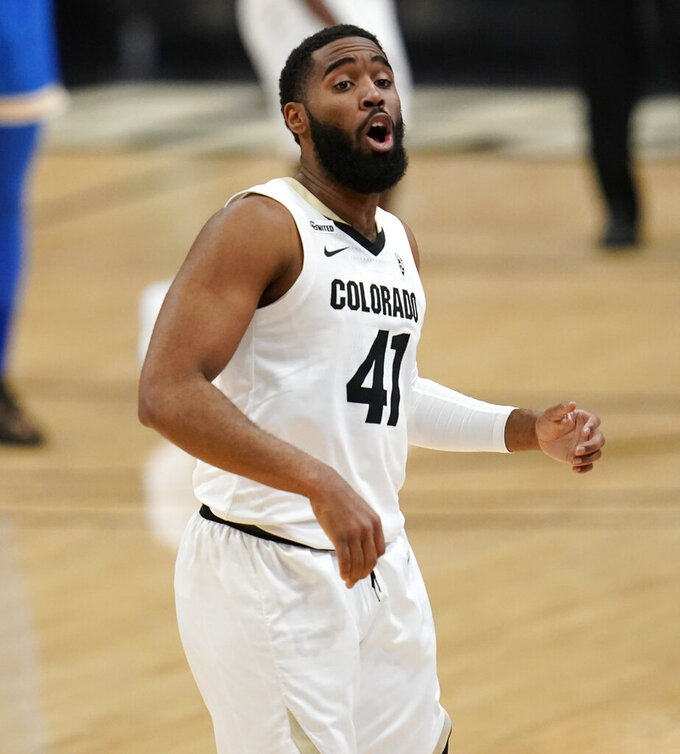 Colorado forward Jeriah Horne reacts after hittitng a shot during the second half of the team's NCAA college basketball game against UCLA on Saturday, Feb. 27, 2021, in Boulder, Colo. (AP Photo/David Zalubowski) 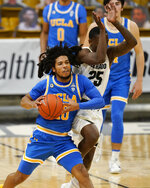 Juzang finished with 25 points and Jaylen Clark scored 10 for UCLA.

The Buffaloes committed just six turnovers while UCLA had 14, which Colorado converted into 23 points.

The Bruins, who had a four-game win streak snapped, have a half-game lead over Southern California atop the conference standings.