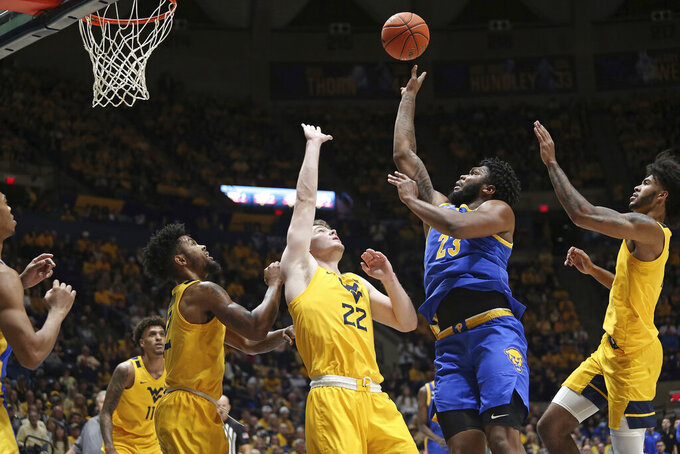 Huggins earned his 902nd career victory, tying Bob Knight for fifth place all-time among Division I coaches. Next up on the list is another Hall of Fame coach, Roy Williams, who retired in April with 903 wins.

Pittsburgh, whose roster has been decimated by injuries and a suspension, is 0-2 for the first time since 2017-18.

The Panthers’ John Hugley, who had 27 points and 10 rebounds in a loss to The Citadel on Tuesday, went scoreless in the first half and finished with 17 points. Mouhamadou Gueye added 10.

Pittsburgh shot 57% (23 of 40) for the game and took advantage of several West Virginia turnovers during a 7-0 run that cut its deficit to 43-33 with 14:37 remaining. But the Panthers got no closer.

Huggins had warned before the season that more players needed to step up their rebounding after the departure of big man Derek Culver. West Virginia was badly outrebounded for the second straight game, 36-20.

West Virginia shot 51% (30 of 59) from the field and earned the 100th win over its rival 75 miles to the north. The Mountaineers will visit Pittsburgh next season.