WVU's Huggins ejected in first half of Big 12 tourney game 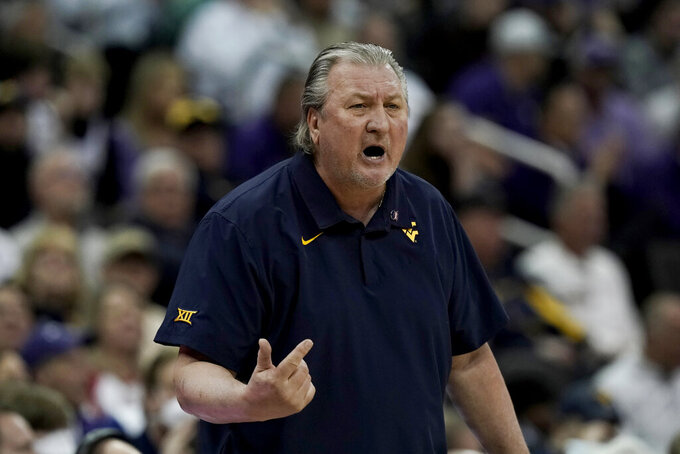 West Virginia coach Bob Huggins talks to players during the first half of the team's NCAA college basketball game against Kansas State in the first round of the Big 12 Conference tournament in Kansas City, Mo., Wednesday, March 9, 2022. (AP Photo/Charlie Riedel)

KANSAS CITY, Mo. (AP) — West Virginia coach Bob Huggins was ejected from the Mountaineers' quarterfinal game against No. 6 Kansas in the Big 12 Tournament after he was given two technical fouls in quick succession by referee Doug Sirmons.

Jalen Wilson made five of the six free throws awarded for the three technical fouls with 9:55 left in the first half.

The Mountaineers rallied to beat Kansas State in the opening round Wednesday night.