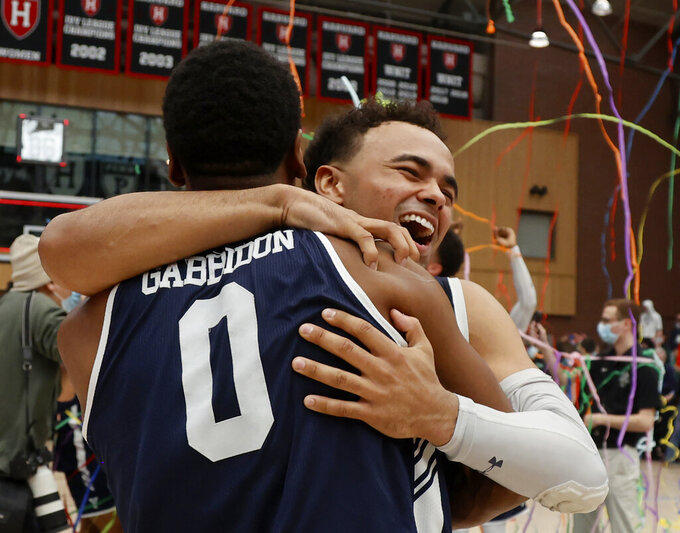 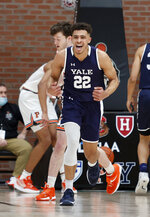 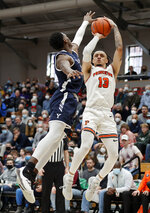 CAMBRIDGE, Mass. (AP) — Azar Swain scored 23 points and Yale held on for a 66-64 victory over Princeton to win the Ivy League tournament on Sunday.

The Bulldogs will play in the NCAA Tournament for the sixth time. Yale last went to the NCAAs in 2019 and was to be the league representative for the cancelled 2020 event. The Ivy League cancelled its 2020-21 season.

Second-seeded Yale, which led nearly the entire game, was up by nine with a minute left. But Ethan Wright hit a 3-pointer and Jaelin Llewellyn added two more, the final one with 24 seconds remaining, to get the top-seeded Tigers within two after Yale's Bez Mbeng had made a pair of free throws for Yale.

After Yale's Isaiah Kelly missed two free throws with 14.4 seconds to go, Llewellyn drove inside but his effort to kick out a pass went off the bottom of the backboard and struck him as he went out of bounds with 1.5 left. Yale, which had two five-second violations in the final minutes, threw a long inbounds pass that Llewellyn intercepted but his desperation heave wasn't close.

Swain shot 9 of 21 with three 3-pointers. Mbeng added 13 points and 11 rebounds plus three steals and Matt Knowling had 12 points and five assists for the Bulldogs (19-11), who split with Princeton during the regular season but finished a game back of the first-place Tigers.

Yale took a 7-4 lead on a Bbeng 3-pointer and led the rest of the way, holding a 32-25 halftime advantage. The Bulldogs led by as many as 11 in the second half, holding off several Princeton charges.